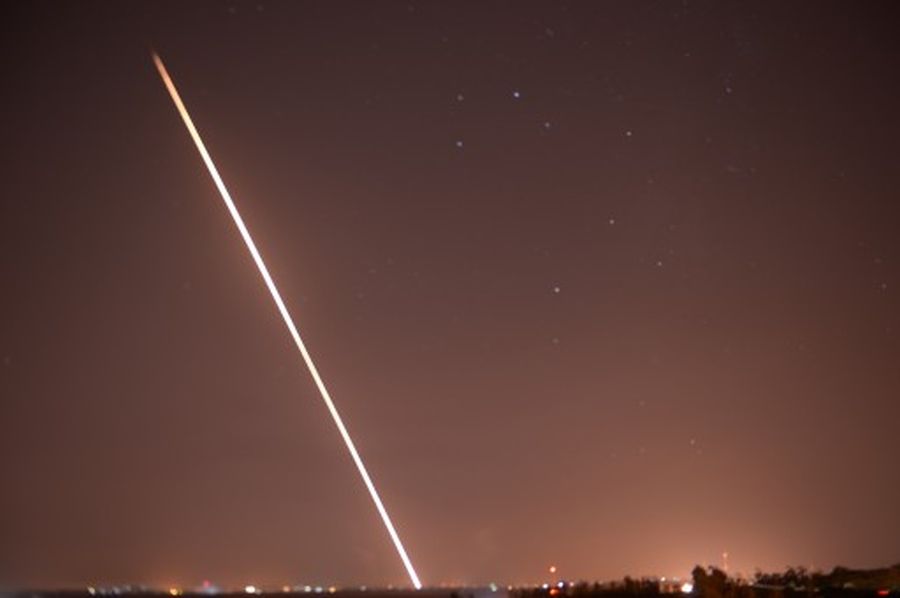 The rocket which exploded in the sea off Israel’s southern port-town on Monday night, April 29, was fired by the Palestinian Islamic Jihad from northern Gaza. The IDF admitted as much the next morning, after initially playing down the long-range fire as a Palestinian rocket training test which did not reach Israel – in the same way as the IDF spokesman dismissed the two long-range rockets aimed at the Tel Aviv region a month ago as “errors.”

In its latest communique, the IDF named the Jihad position from which the rocket was launched as Al Atatra in northern Gaza and reported it had come down “several kilometers from the shore and not close by.” He added: “This was a deliberate attack by the Palestinian Islamic Jihad which is not subject to the authority of Hamas.” DEBKAfile’s military sources report that Jihad and Hamas’ rocket attacks are coordinated through a joint war-room they have established in the Gaza Strip. Israel reacted to the incident by reducing the Palestinian fishing zone off the enclave to 6 miles.

DEBKAfile adds: The rocket, whose explosion was heard across southern Israel, was deliberately aimed by the Islamic Jihad, the Palestinian proxy of Tehran, as a threat to the passage of shipping to one of Israel’s two main cargo ports. Its deep-water facilities handle the largest volume of cargo containers of either port, as well as cruise ships. A US Sixth Fleet destroyer visited the port last year.

This southern port is within range of Palestinian rockets from the Gaza Strip, whereas Haifa port in the north can be threatened by Iran’s Lebanese surrogate, Hizballah. Just as last month, Palestinian terrorist groups acted out their threat to Tel Aviv with high-precision missiles, in April they have shown willing to back Iran up in retaliating for the new round of US oil sanctions that go into effect on May 2.

Iran’s reprisals do not have to be direct or extreme, such as the closure of the Straits of Hormuz or Bab al-Mandeb to oil shipping. Shutting down Israel’s important southern port would suffice for starters.

Haifa could come next. Hizballah recently established “resistance militias” comprising Hamas activists enlisted in Lebanon’s Palestinian refugee camps. They too stand at Iran’s disposal. The rocket which exploded harmlessly in the sea on Monday night carried this message: Iran has the resources to blockade Israel’s two main ports, one of which holds an Israel Navy headquarters, and both of which are visited by US Sixth Fleet warships.

Israel and the US Mediterranean fleet are clearly in Tehran’s sights, especially since last Wednesday, April 24, when the USS Abraham Lincoln carrier and its strike group of 10 warships took up position opposite the Syrian coast. Monday’s rocket may be the harbinger of further “events” centering on the Mediterranean shores of Israel, Lebanon and Syria.