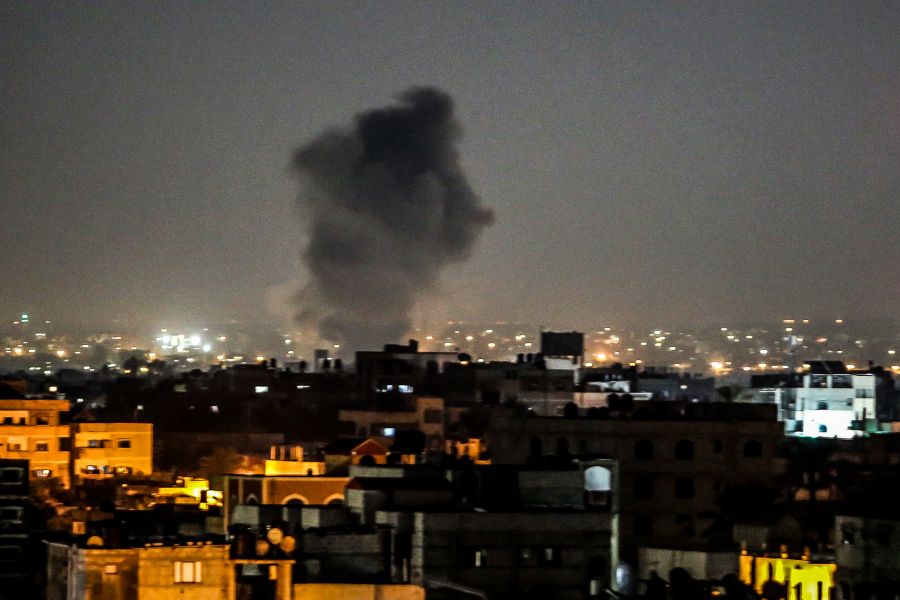 During Wednesday, Nov. 13, the Palestinian Islamic Jihad withheld use of its long-range rockets against central Israel and instead hammered Israeli locations near the Gaza Strip, causing damage but no casualties. This was the second day of Jihad’s retaliation for the killing of its leader Baha Abu Al-Atta on Tuesday.
DEBKAfile reported earlier:

After a 7-hour overnight pause, the Islamic Jihad resumed its rocket attacks early Wednesday, Nov. 12, swinging around from its usual boundaries to target the Shefela regions of eastern Israel. The first rockets were aimed at locations close to the Gaza Strip and Ashkelon, but after 8 a.m.broadened out to Beit Shemesh in the Jerusalem Hills, the Mat Yehuda Council,  Kibbutz Hulda near the old highway to Jerusalem, and locations east of the town of Ramle: Mishmar David, Mishmar Ayalon, Kfar Bin-Nun and Karmei Yosef. Alert sirens were also heard in the Mate Binyamin Council northeast of the town of Modiin.  No casualties were reported.

On Tuesday, Tel Aviv and parts of central Israel, which took rocket fire, were placed on an emergency footing by extending the order to close schools and places of work from the 40km radius covering locations adjoining the Gaza Strip to 80km.  This extension was lifted overnight.

On Wednesday morning, the Israel Air Force kept up its steady assaults on Jihad positions and rocket stores, with the focus on picking off rocket launch teams. The IDF is not going over the top so as not to rouse Hamas out of its current posture of non-intervention coupled with non-restraint for Jihad’s rocket fire.

Of all the armed proxies run by the Al Qods Brigades of Iran’s Revolutionary Guards, the Palestinian Islamic Jihad is the midget – no more than 7,000 to 10,000 men under arms and only about 5,000 combatants for a potential war against Israel. For comparison, the leading pro-Iranian Iraqi Shiite militias can muster an estimated 30,000 to 50,000 each. Hamas too has built a paramilitary force of 25,000 trained fighters.

Jihad commands an arsenal of around 10,000 rockets, around one-tenth of that amassed by Hamas, but still enough to immobilize large areas of Israel for days on end, especially as proved on Tuesday, when accompanied by constant threats of more punishment to come. This feat alone afforded a small Palestinian terrorist group a kind of success.

The IDF in its first briefing early Wednesday estimated that the Islamic Jihad had not done with reprisals for the death of a senior commander Baha Abu Al-Atta by Israeli forces 24 hours earlier.

Jihad for its first salvos on Wednesday, Nov. 13, drew on its short-range rocket stores to attack Israeli locations close to Gaza, keeping its estimated 1,000 longer-range weapons in reserve – possibly for future rounds. This terrorist group has not, furthermore, used its special forces units, who are trained to conduct raids into Israel by land or sea for terrorist operations; nor the small exploding UAVs in its armory, which carry 3-5kg each of explosives. These staged tactics appear to DEBKAfile’s military sources to be calibrated according to outside orders from Damascus or Beirut.

The IDF Home Command is therefore keeping the emergency in place for another day, although the closures initially ordered by the IDF Home Command on schools, places of work and services in central Israel – which holds 40pc of the population – were lifted. Those closures appeared at the time to be disproportionate after only two rockets of the 250 fired on Tuesday were aimed – and intercepted – over Tel Aviv and smacked rather of a national emergency for a full-scale war.

However, it was imposed only 12 hours after two Jihad commanders run by the Iranian Al Qods Brigades were targeted, one in Gaza and the other in Damascus. Israel appeared to be getting set for a possible decision by Tehran to widen the scenario of retaliation from Gaza to several more fronts. This potential danger has not been dismissed.