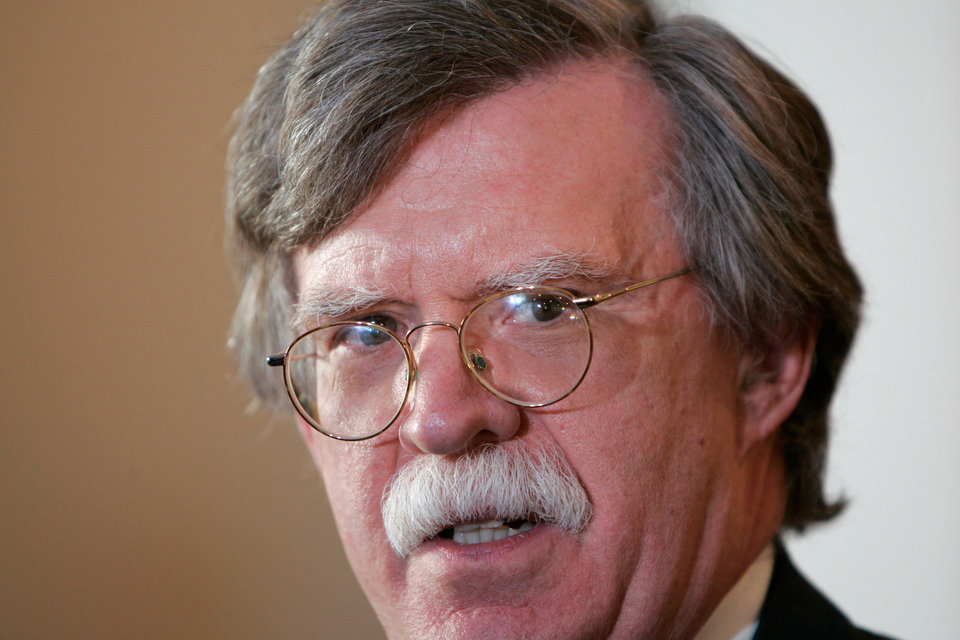 President Donald Trump has chosen as his third national security adviser John Bolton, 69, former US ambassador to the UN in the Bush administration. A distinguished broadcast commentator and outspoken friend of Israel, Bolton’s name also came up after Trump’s election as candidate for secretary state. He succeeds HR McMaster, whom Trump has let go with praise for “an outstanding job.”

Bolton, who will leave his post as a senior fellow at the rightwing American Enterprise Institute, formally moves in to the job on April 9. With the Bolton appointment, President Trump continues the shakeup of his security and foreign policy team of advisers as he heads towards challenging decisions in the coming weeks on the Iranian and North Korean nuclear crises. The new NSA joins Mike Pompeo, the former CIA director and another hawk, whom Trump appointed earlier this month as Secretary of State in place of Rex Tillerson. The Washington rumor mill suggests that the next head on the block is that of Defense Secretary Jim Mattis.

In his frequent TV commentaries, Bolton has repeatedly urged America to use its military prowess to remind the world that it is still the greatest power on earth whose strength is unrivaled. He has advocated pre-emptive military strikes on Iran and North Korea rather than wasting time on fruitless diplomacy while the two rogue states buy time for developing nuclear weapons and missiles. Bolton has also argued that Washington should have acted to remove Bashar Assad long ago and maintains that the military expansionist presence of Iran and Hizballah in Syria must be stopped.
After his appointment was announced, Bolton answered reporters’ questions by saying that if he had to keep on explaining how his views as a private individual would apply to his new job, he would have no time to perform it. The new NSA is clearly drawing a distinction between the two functions and preparing to perform with all seriousness and caution a job that is the pinnacle of his career. After all, it is the president who makes the decisions and an adviser is just an adviser.