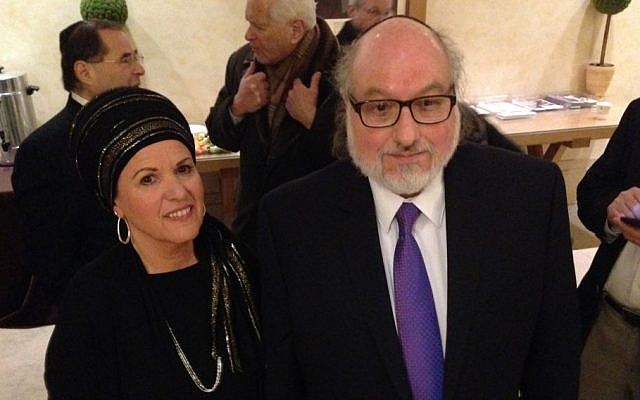 “We are ecstatic to be home at last,” said Jonathan Pollard upon landing in Israel on Wednesday, Dec. 30, thirty-five years after he was convicted in the US for spying for Israel. He and his wife Sarah kissed the ground on landing, while PM Binyamin Netanyahu greeted them with the Hebrew blessing (“Shehechyanu”) and two brand-new ID cards. Pollard, 66, spent 30 years in a high security prison after being sentenced to life in jail. He was released five years ago under parole restrictions,including a ban on travel which was finally lifted in November.

The Pollards arrived on a private jet provided by Sheldon Adelson, the billionaire supporter of both Netanyahu and President Donald Trump.
Jonathan in a few emotional words thanked Netanyahu and the Jewish people for supporting him. “We hope to become productive citizens as soon and as quickly as possible and to get on with our lives here,” he said. “We are going nowhere.”

The private flight was necessary, it was said, due to the medical needs of Esther Pollard who is battling cancer.

As a civilian intelligence analyst for the US Navy, Pollard was accused of selling  military secrets to Israel while working at the Pentagon in the 1980s. He was arrested in 1985 after trying unsuccessfully to gain asylum at the Israeli Embassy in Washington and pleaded guilty. The espionage affair during the Reagan years embarrassed Israel and tarnished its relations with the United States for years.

Pollard was given a life sentence and U.S. defense and intelligence officials consistently argued against his release.

Effi Lahav, head of an activist group that had campaigned for Pollard’s release from prison, said the couple had been flown in overnight on a “top secret” mission. The secret was first released to Israel Hayom, the Israeli paper owned by Sheldon.