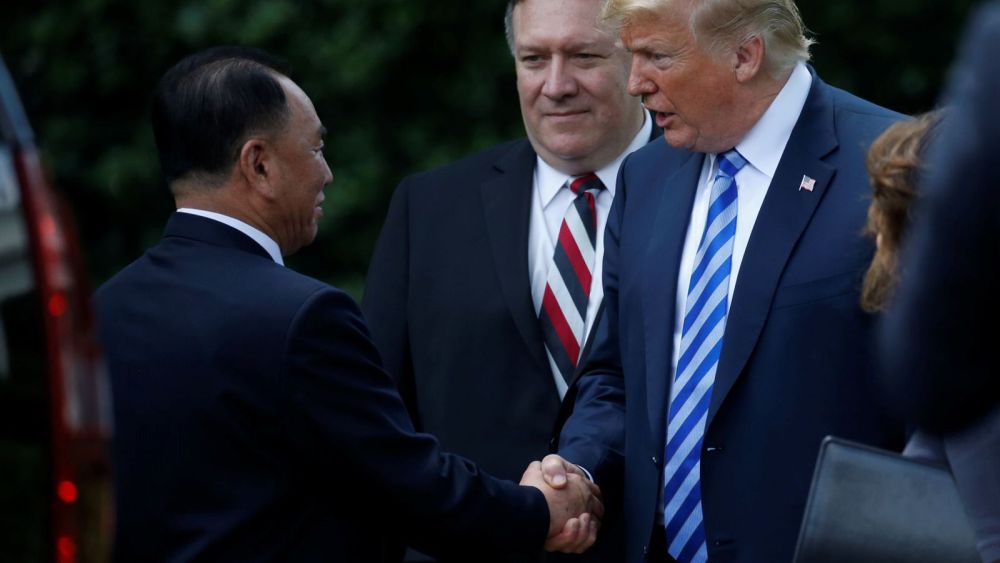 Kim Yong Chol, right-hand of North Korea’s ruler, hand-delivered a letter from Kim Jong-un to US President Donald Trump at the White House on Friday, June 1. After they talked for nearly two hours, Trump respectfully escorted his visitor to the car and told reporters: Get ready to travel to Singapore next Friday after the “good will” shown by Pyongyang. The summit with Kim Jong-un would not be a one-day event, he said, but the start of a process of negotiation. Trump also disclosed a plan to mark the end of the Korean war after nearly 70 years.

He said Kim had sent him “a very nice letter,” but then denied having opened it yet. Trump’s talks with Kim Yong Chol, North Korea’s former spymaster,  ranged over sanctions, denuclearization, political and security guarantees for the regime and the prosperity awaiting North Korea after denuclearization – in support of which he said Japan, South Korea and China would be involved. He noted that they did not discuss human rights.
Asked by reporters to comment on Russian foreign minister Sergei Lavrov’s visit to Pyongyang Thursday and his advice to North Korea to give up nuclear weapons,  only in return for the phased lifting of US sanctions, Trump said, “if the Russians are positive, I’m happy. I hope they are.” He also commented later: “We have hundreds more sanctions which we have held back because we are talking. You will see how powerful our sanctions are for Iran.”

DEBKAfile: The signing of a peace treaty for ending the Korean war is widely interpreted as closing down the demilitarized zone dividing the two Koreas since the war ended in the 1953 armistice accord. This in turn may augur the start of the historic process of reunification.

23 thoughts on “June 12 summit is on, says Trump after 2 hours with top North Korean official”