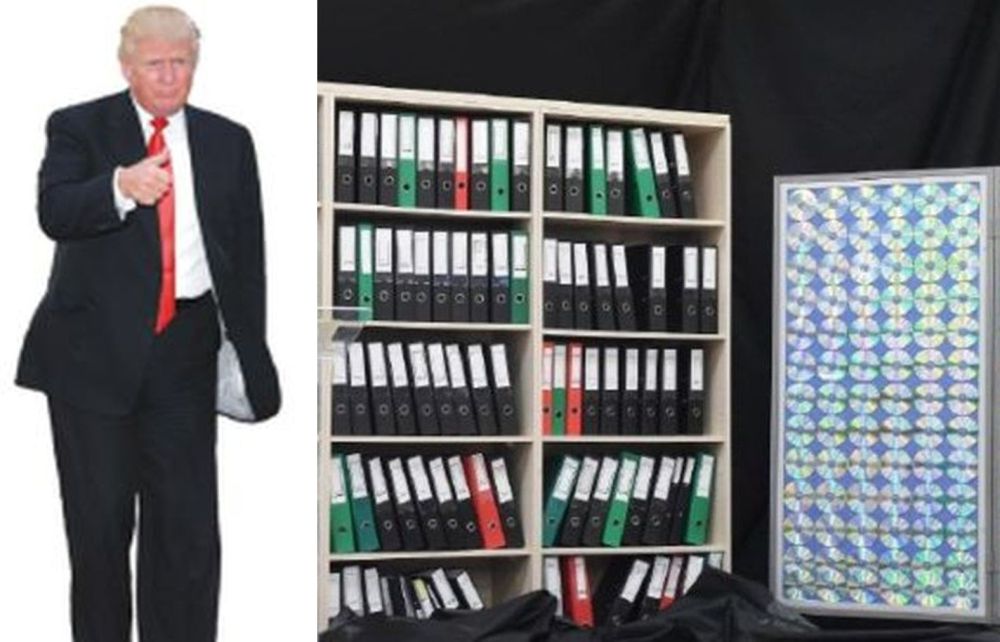 Prime Minister Binyamin Netanyahu disclosed just a fraction of the purloined Iranian Atomic Archive in his presentation on Tuesday. More than 60pc of the 100,000 files are still unread, DEBKAfile’s intelligence sources reveal. By May 2, Farsi translators and nuclear experts in Israel were still working on the trove. The decision for Israel to go public on the small portion available was taken in Washington by President Donald Trump. Netanyahu asked US Secretary of State Mike Pompeo, when they met in Tel Aviv on April 29, whether to go with the material processed thus far or wait for a more opportune moment when more content would be accessible. Pompeo put in a call to the White House and heard that the president preferred Israel to roll out everything it had thus far without delay. Netanyahu summoned the security cabinet into urgent session the next day to inform them about the bombshell he was about to drop in a televised press conference at prime time that evening.

Trump has marginalized Europe on his intentions regarding the 2015 nuclear deal with Iran on May 12,  in the absence of the “fixes” he demanded for an affirmative decision. Before deciding on whether to approve another sanctions waiver – and so determine whether the US stays in or quits the deal – Trump wants to see what is contained in the still unplumbed materials of the Atomic Archive. They may hold stronger evidence of Iran’s contravention of the accord than the lone violation of illicitly preserving the diagrams and charts of Project Amad for developing a nuclear weapon. If more compelling evidence of Iran’s post-2015 transgressions come to light, it will be passed immediately to the White House for Trump and his advisers for a final determination of the May 12 quandary.

Hanging on the revelations that the stolen nuclear documents may yet hold is another US presidential decision regarding his attendance at the dedication of the US embassy in Jerusalem on May 14. Our sources reveal that Trump has decided that if he clamps sanctions down on Iran two days earlier, he will not come to Jerusalem. But should he decide to hold off on sanctions to a later date, he will pop over to the Israeli capital for a few house, attend the embassy inauguration and fly straight back on the same day.
Our intelligence sources report additionally that most of the information published in Israeli outlets about how the Iranian archive reached the Mossad and was smuggled out to Israel is incorrect.

40 thoughts on “Just a fragment of Iran’s Atomic Archives released. Trump awaits more for his May 12 decision and Jerusalem visit”