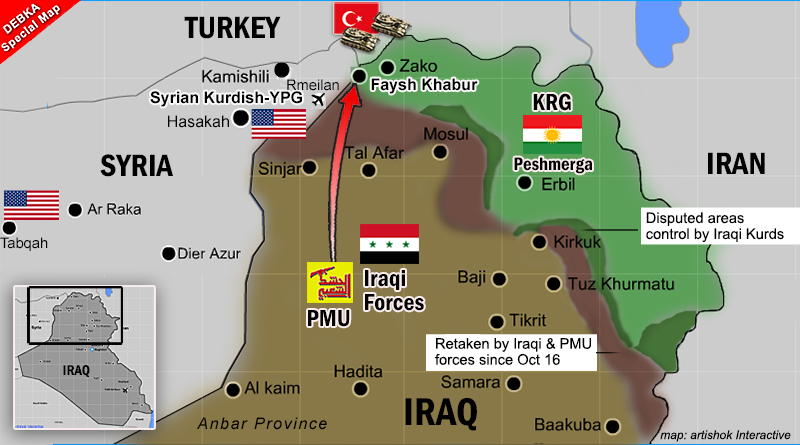 The joint Iraqi-Iranian operation was conducted surreptitiously, masked as an Iraqi military operation “to liberate al Qaim from ISIS” – with which Iraqi Prime Minister Haydar al-Abadi laid a red herring.

This operation, choreographed by Guards General Qassem Soleimani, wrapped up his scheme to round off Iran’s control of the northern sector of that border, in order to achieve four strategic objectives:

Many people in the Middle East are asking again where were the US Trump administration and its pledges not to let Iran build a land bridge through Iraq to Syria. And where were Prime Minister Binyamin Netanyahu and Defense Minister Avigdor Lieberman and their tough rhetoric vowing not to allow Iran to deepen its military grip on Syria? While they made speeches and tweeted, Tehran with swift cunning ran off with high-value strategic and military assets.