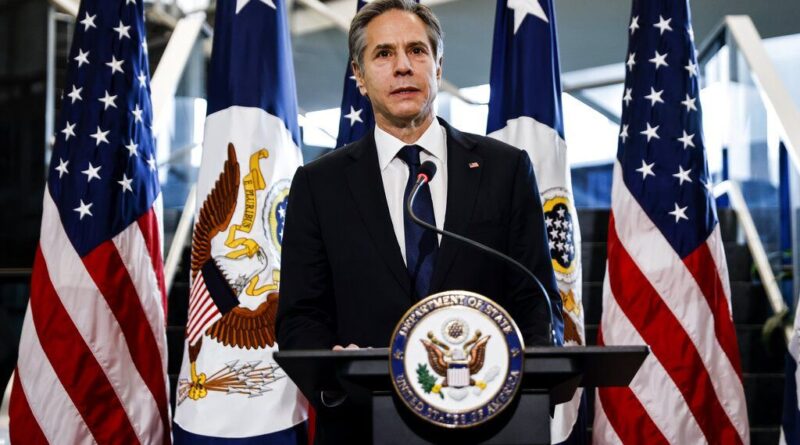 “We are in very close contact and coordination with the UK, Israel, Romania and other countries, and there will be a collective response,” US Secretary of State Antony Blinken said on Monday, Aug. 2, following the Iranian drone attack on an Israel ship on July 31 that killed two crewmen, a Briton and a Romanian. IDF Chief Lt. Gen. Aviv Kochavi meanwhile conferred on the subject with US CENTCOM head, Gen. Kenneth McKenzie, while the UK was reported mulling “a range of options including a cyberattack on Iran.”

For Iran’s supreme leader Ayatollah Ali Khamenei, the two arms of its national program – the drive for a nuclear bomb and regional destabilization for upholding its axis of influence – appear to be inseparable. Nonetheless, he blames Washington for combining the two in a single package in any negotiations for a revised nuclear accord, branding this as the prime cause of the deadlock in the Vienna track.

The supreme leader stressed this point in the ten complaints released by his office, shortly after the attack on the Mercer Street off Oman, in the form of a digest of an interview he conducted with Kazem Gharibabad, Iran’s envoy to the International Atomic Energy Agency: He accused Washington of the following “anti-negotiation actions:”

DEBKAfile’s Iranian and military sources deduce from this detailed outline of Iran’s position that the supreme leader is not prepared to surrender a jot on any of Iran’s twin drives – for a nuclear capability and a dominant role in the region – for the sake of a negotiated deal with the Biden administration. The Khamenei interview conveyed that message. as did the kamikaze drone attack on an Israeli merchant vessel.

The leaders of Israel’s new government missed the point by claiming that Iran was “mistaken” in attacking the ship. There was no mistake. It was part of Tehran’s deliberate plan to raise the stakes in its hostile operations against Israel. Prime Minister Naftali Bennett, Foreign Minister and alternate PM Yair Lapid and Defense Minister Benny Gantz, who are running the show together, appear to be seeking concerted action with the US and others, in line with the “collective” approach cited by Blinken.  Opposition leader ex-PM Binyamin Netanyahu again warned them against partnerships in anti-Iran options, slamming their “no surprises” policy for the Biden administration which, he said, could scuttle any Israel operation. “This is an existential issue for Israel and surprises are sometimes needed,” he said. “If we have no independence on this matter, we have no independence at all.”