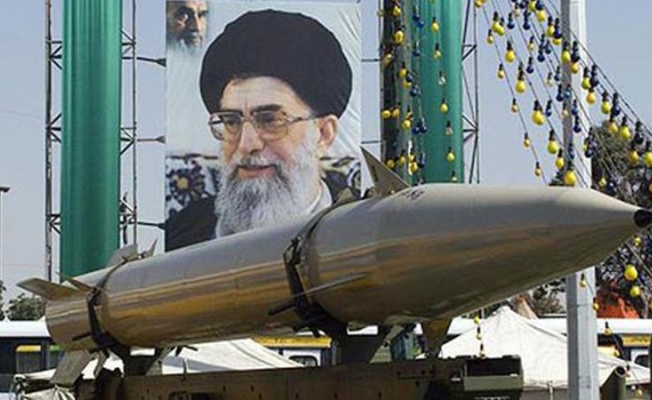 Responding to outrage over a cartoon calling for a “Final Solution.” Ayatollah Ali Khamenei explained on Wednesday, May 20, that he seeks “only Israel’s destruction, not all the Jews.” He said Iran would support any nation or group that fights against Israel. “Eliminating the Zionist regime doesn’t mean eliminating Jews. We aren’t against Jews. It means abolishing the imposed regime & Muslim, Christian & Jewish Palestinians choose their own govt & expel thugs like [Prime Minister Benjamin] Netanyahu,” Khamenei wrote on his Twitter account. “This is ‘Eliminating Israel’” he explained, insisting “it will happen.”

Iran’s supreme leader was replying to US and Israeli accusations of provoking genocide and backing the Nazis’ final solution. “He should know that any regime that threatens the destruction of the State of Israel faces a similar danger,” a statement from Prime Minister Binyamin Netanyahu’s office said.

The poster published on Khamenei’s website in Farsi, Arabic and English showed people celebrating at Temple Mount in a reconquered Jerusalem under a Palestinian flag. They were waving flags of Iran-backed terrorist groups including the Lebanese Hizballah. A large portrait of the late Qassem Soleimani adorned Al Aqsa mosque. The images were captioned: “Jerusalem will be free, The Final Solution. Resistance is referendum.” The poster evoking the Nazi Holocaust was released on Qods (Catastrophe) Day, on which the Palestinians annually mark the anniversary of Israel’s foundation.

US Secretary of State Mike Pompeo commented: “The leader of the world’s top sponsor of terrorism and anti-Semitism denies the Holocaust, sends money and weapons to anti-Israel terrorists, and now has invoked the Nazi call for the Final Solution,” Pompeo said. “I ask all nations: Is this someone who can be trusted with deadly weapons?”

The Khamenei poster followed foreign reports this month of the outbreak of a cyber war, in which Israel purportedly disrupted a major Iranian port on the Strait of Hormuz in retaliation for an Iranian attempt to disrupt its rural water distribution system.