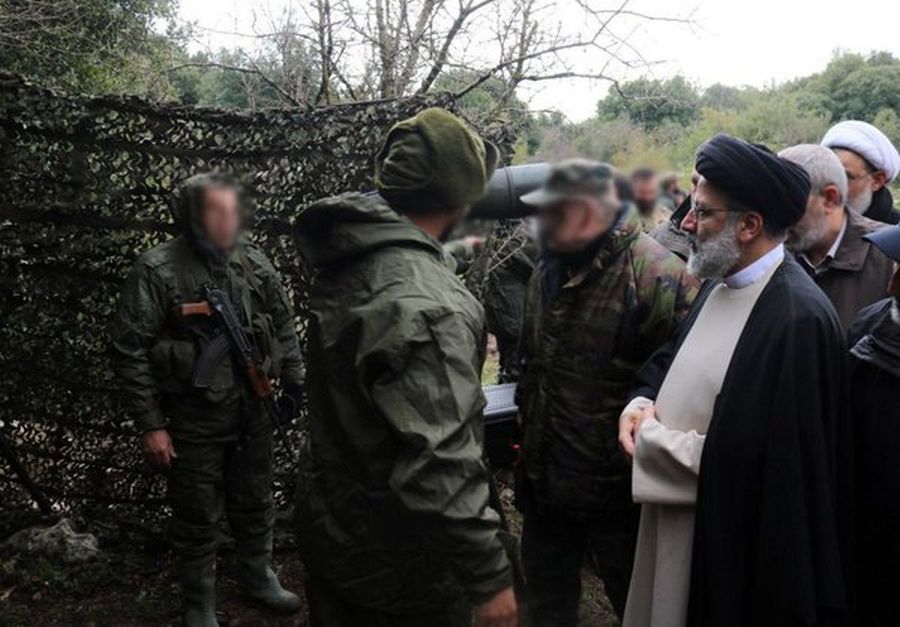 Raisi is Ayatollah Ali Khamenei leading successor as Iran’s next supreme leader. On Wednesday, he toured the border at the behest of his boss, accompanied by Revolutionary Guards and Hizballah officers. They gave him a thorough briefing on HIzballah’s war preparations and the IDF’s military setup along the border. Raisi first held a wide-ranging talk with Hizballah secretary general Hassan Nasrallah on the situation in the region when he arrived secretly in Beirut last Friday, Jan. 26.

Hojatoleslam Raisi challenged Hassan Rouhani in the May 2017 presidential election and came in second. During his tour, the cleric listened, watched and also gave Hizballah’s border troops a pep talk, which may be paraphrased as follows:  Hizballah’s influence may now be found in every Muslim country. It imbues Palestinian fighters with hope for winning their struggle on those fronts. By “resistance” the Palestinians have managed to survive against Israel. They have learned that fighting and dogged opposition – not negotiating tables – will determine the fate of their country. “It was Hizballah’s fighting capacity alone that generated resistance in the Islamic countries. Allah willing, we shall soon witness the liberation of Jerusalem!”
Our military sources note that Raisi is the second high-profile Shiite to visit Lebanon in recent weeks for a close look at Israel’s military setup along the border. On Dec. 2, Qais al-Khazali, head of the pro-Iranian Iraqi Aasaib Ahl al-Haq militia, performed a surveillance mission on behalf of Al-Qods Gen. Qassem Soleimani, commander of Iran’s warfronts in Syria and Iraq. His task was to assess the possible deployment of Hizballah forces right across Israel’s northern border – from Idmit in the west to Metullah in the east.
The Iranian cleric’s visit had a political as well as a military overtone. It was deliberately timed for the day after the talks Prime Minister Binyamin Netanyahu held with President Vladimir Putin in Moscow on Jan. 29. The message Tehran was relaying to the Kremlin was this: Not only did Tehran have no intention of withdrawing its military presence from Syria, but it was additionally in the process of spreading its armed wings into Lebanon and confronting Israel directly from there.
DEBKA Weekly revealed last week that Netanyahu had forewarned the Russian president at their meeting that Israel would not tolerate Iran’s permanent military presence in Syria or its establishment of precision missile factories in Lebanon and Syria. If Tehran persisted in its schemes, war would become unavoidable. Putin there and then dispatched a high-ranking official delegation to Israel, as DEBKAfile first reported last week, to study the issues in detail. The officials arrived on Thursday, Feb. 1. They are led by Nikolai Patrushev, head of the Russian Federation Security Council, and include the deputy ministers of foreign affairs, justice and homeland security and a couple of army and intelligence generals. The Russian delegation has begun work on its mission.