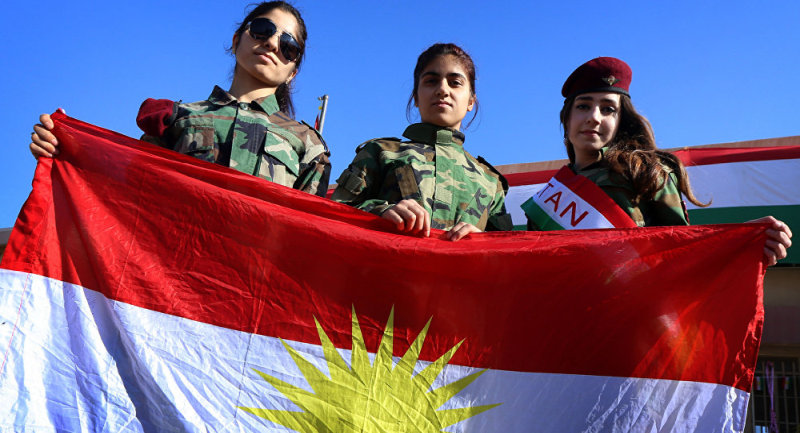 Clouds of fantasy hang over the independence referendum staged by the Kurdish Republic of Iraq (KRG) ion Monday, Sept. 25.

Take, for instance, the results: Whereas the figures released by the election committee on Wednesday, Sept. 28, showed more than 92 percent of the voters opted for independence, DEBKA Weekly’s sources report that the real figure is close to 60 percent, with close to 40 percent voting against.

In the Suleimaniyeh region, the electoral commission has not yet released “a breakdown of votes by cities and provinces” – and appears most reluctant to part with this data.

Fiction also thundered louder than fact in the stream of military threats and menaces fired at President Masoud Barzani’s KRG government in Irbil in order to scare him off holding the referendum. The Turkish and Iranian armies which were depicted moving towards the Iraqi-Kurdish border boiled down to a trickle, a far cry from palpable military intervention.

Iraqi Prime Minister Haidar al-Abadi, who issued threats on a daily basis, finally gave the KRG a three-day ultimatum to hand over to Baghdad all oil revenues, as well as airports and border crossings, by Sept. 29.

But Barzani ignored him, knowing that the Iraqi prime minister can’t impose his ultimatum, because his army would rather avoid taking on the Kurdish Peshmerga. The most the Iraqi prime minister could do was to ask foreign airlines to boycott Irbil and Suleimaniyeh. Although Egypt, Qatar, Turkey and UAE did oblige Thursday by halting their flights to Kurdistan, any boycott by other airlines is bound to be short-lived.

Abadi tried throwing out hints that Tehran would unleash the pro-Iranian Iraqi Popular Mobilization Units under Revolutionary Guards command against the delinquent Kurdish republic’s control of the Kirkuk oil fields. On this score, too, Barzani was not intimidated. If Baghdad or Tehran were game for the complicated military venture of seizing the northern oil fields, they would have done it long ago.

Much of the hue and cry raised over the Kurdish referendum centered on oil.

Turkish President Tayyip Erdogan threatened to shut down the Kurdish-Turkish pipeline which carries the oil from Kirkuk to the Turkish Mediterranean terminal. However, in the event, not a drop of the 700,000 bpd was stopped, although much of the product ends in Israel. Even his “allegations” that the Kurdish republic is supported by Israel failed to resonate anywhere.

It is important to understand that the most dominant voice behind the scenes of Middle East events these days comes from Moscow, as DEBKA Weekly is discovering. Russian diplomats in Tehran, Ankara and Baghdad, including special emissaries sent out for the purpose, were briefed to work hard to persuade Iran, Turkey and the Shiite-led Iraqi government to sit tight and hold back from interfering in the vexing Kurdish referendum.

The Russians assured them that, if they held their fire and stayed calm, Moscow, after things settled down, would stand by Iran, Turkey and Iraq in the forthcoming negotiations for resolving the issue.

On Thursday, Sept. 28, Moscow upgraded its diplomatic effort to keep the lid on the Kurdish crisis with President Vladimir Putin’s arrival in Ankara. Erdogan is to follow through with visits to Tehran next week and then Baghdad on Oct. 4, the day Saudi King Salman bin Abdulaziz begins a three-day trip to Moscow.

Putin has taken the lead in hammering out a unified policy among Russia, Turkey, Iran and Iraq for dealing en bloc with the consequences of the Kurdish republic’s drive for independence and its secession from Iraq.