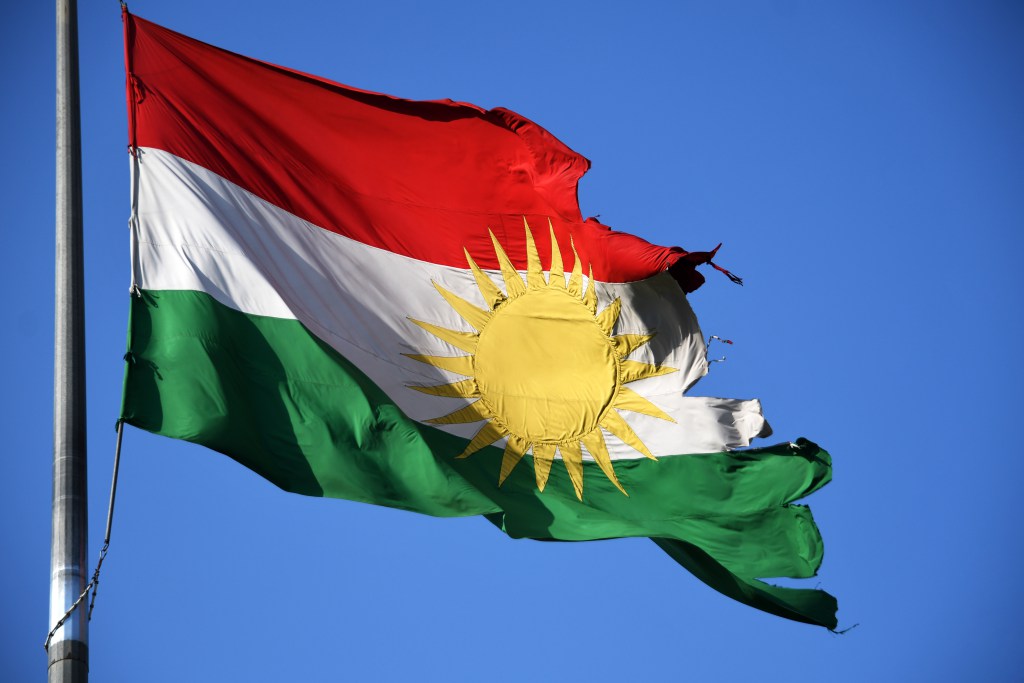 Iraq’s PM launches an operation to free Anbar from ISIS. DEBKAfile: It is Stage II of the Kurdish campaign for an Iran-backed Shiite takeover of another Sunni region.

Iraqi Prime Minister Haydar al-Abadi announced on Thursday, Oct. 26 that his army had embarked on a new operation to liberate the western Anbar province from the Islamic State.  His troops were on their way to impose a siege on ISIS-held Al-Qaim on the Syrian border. ISIS also still holds Abu Kamal on the Syrian side of the Iraqi border. Abadi said the jihadis had just two options: to die or to surrender.
Sources in Baghdad report that the US Air Force has gone into action to soften resistance and speed the Iraqi army’s advance, although it is accompanied, as ever, by Shiite militias under direct Iranian command. Those militias, the PMU and Badr Brigade, are grouped together under the heading of Hasd al-Shaabi.
Therefore, the American Air Force is helping and supporting an Iranian-led militia, despite Secretary of State Rex Tillerson’s assertion that “Shiite militias in Iraq must go home.”  He spoke as recently as Oct. 21, after talks in Riyadh and Baghdad with Saudi King Salman and Prime Minister al-Abadi.

The scenario beginning to unfold in the Anbar campaign has features that suggest the set-up which led up to the operation against Kurdistan ten days ago. Then, too, Baghdad claimed its forces were massing for an attack on ISIS in Anbar.  Instead, they suddenly turned around and landed a blow on the Sunni Kurds and Kirkuk. There are grounds to suspect that al-Abadi’s new anti-ISIS campaign in Anbar may be another masquerade to disguise an Iranian-backed Shiite offensive to seize control of Sunni Anbar.
The offensive against the Kurds is meanwhile escalating, with Iraqi airborne forces standing by to be flown in and dropped on the air fields of the two main Kurdish towns, Irbil and Suleimeniyeh. Iraqi troops and Shiite militiamen are also preparing to seize from the Kurdish Peshmerga Kurdistan’s external border crossings with Iran, Turkey and Syria.

Abadi opted for more military action against the KRG after rejecting its offer to freeze the results of its independence referendum, open dialogue and declare a ceasefire.

In irbil, US presidential envoy Brett McGurk tried to head off an Iraqi military invasion by persuading Barzani to accept its military presence – not as an act of war action, but as a consensual diplomatic step.
The US envoy’s task is complicated by the mess in the KRG capital, where the talk is of Barzani’s imminent departure as president, the price for the calamitous fall of Kirkuk. Opinions are divided on how and when: Some say he will announce his resignation to the KRG parliament when it goes into session on Thursday, Oct. 26; others that he will wait till Nov. 1, when his term of office anyway comes to a close.
Middle East sources confirm that Kurdistan’s governing administration is falling apart because it was run largely by the Barzani clan. The chaos reigning in Irbil makes it ripe for the Baghdad government and the pro-Iranian Shiite militias to move in and take over. The KRG’s semiautonomous status would then be reduced to a dead letter.