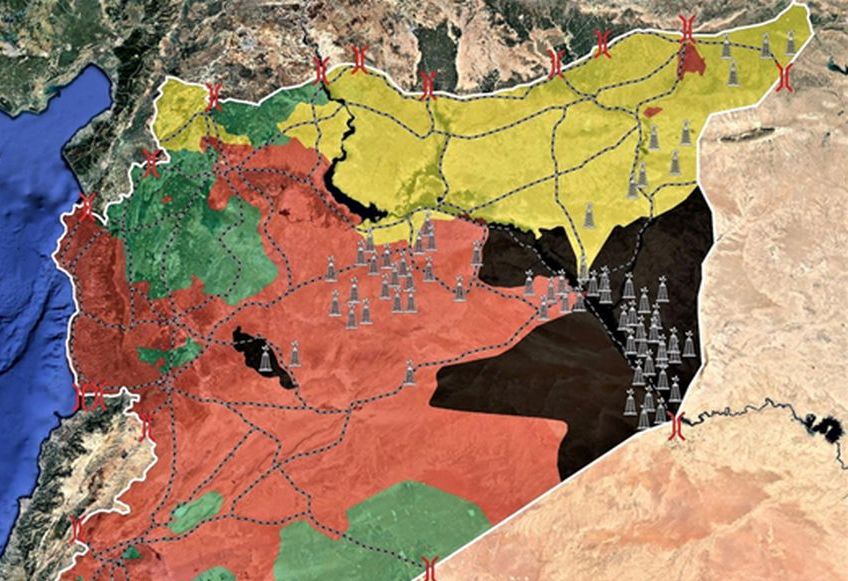 They were pressing on with their offensive against the Islamic State after capturing Raqqa. Al-Omar is located on the eastern bank of the Euphrates River. The Kurds’ takeover pre-empted its grab by a mixed force of Russian-backed Syrian army contingents and Hizballah, which had halted 6 km short of al-Omar.
While in the hands of ISIS, this field pumped up to 10,000 barrels today and is capable of producing up to 40,000 bpd. If repaired and brought up to scratch, it could potentially yield up to 120,000 bpd.
It now turns out that the Russian command’s secret order to the Syrian/Hizballah forces, exclusively reported by DEBKAfile last week, to halt where they stood after capturing Mayadin in eastern Syria from ISIS – and not  advance on the oil field – was prompted by unpublished talks between US and Russian officers in the area.

The officers reached a deal on the disposition of these oil fields. Under that deal, it was decided to award the Syrian Kurdish YPG militia the richest Syrian field as a prize for its role in leading the SDF in the capture of ISIS’ de facto capital of Raqqa..

DEBKAfile’s sources add that Washington felt that the Kurds also deserved to be compensated for their Iraqi brothers’ loss of the Kirkuk oil city, which was seized last week by an Iraqi force boosted by pro-Iranian Shiite militias. The loss of Kirkuk to Baghdad and Tehran has deprived the Kurdish Regional Government of Iraq of the income from 600,000 barrels of oil a day. The al-Omar field produces a much smaller amount, but its revenue would save the KRG from economic meltdown.

Sources in Damascus, disgruntled over the handover of al-Omar to the Kurds, accused the Syrian Arab tribes who fought in Raqqa of backing the Kurdish militia’s claim to the oil field. They also suggested that ISIS opted to surrender the oil field to the Sunni Kurds, rather than letting it fall into the hands of Assad’s Alawi regime.

Russia’s consent to hand over Syria’s biggest oil field to pro-American Kurds was calculated to yield a quid pro quo in the form of Washington’s support for the Russian oil giant Rosneft taking control of the Kurdish oil pipeline from the KRG via Turkey to the Mediterranean.
Last Thursday, the state-controlled Rosneft reported a deal with the KRG to take majority control of 60 percent in the operation of this pipeline project.
The Iraqi government has demanded clarifications for Moscow’s step.