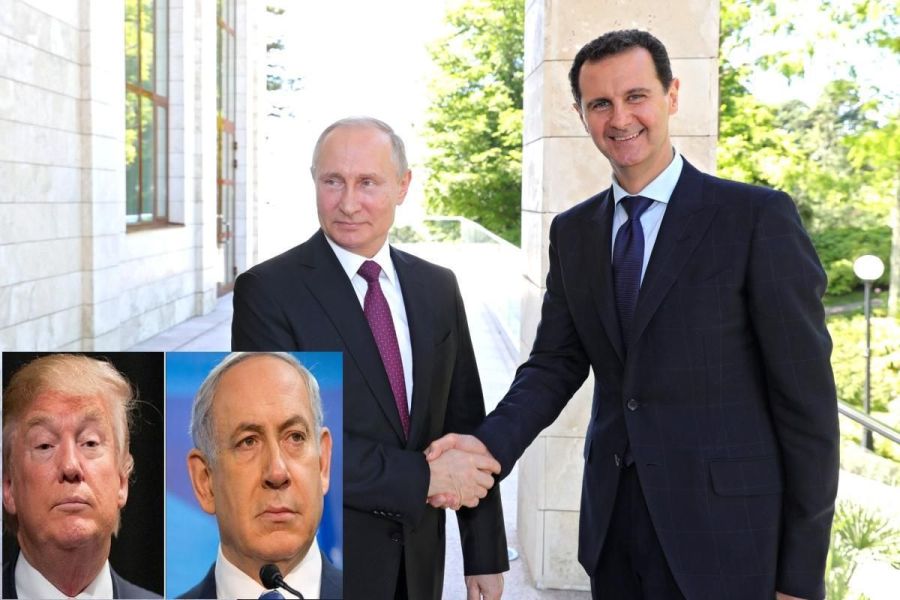 PM Netanyahu said on May 28 Iran must quit all parts of Syria, qualifying Lavrov’s comment that only Syrian forces should stay on Israel’s border. Defense Minister Avigdor Lieberman was then invited for talks with Defense Minister Sergei Shoigo in Moscow on Thursday, May 31. He will be accompanied by Military Intelligence (AMAN) chief Maj. Gen. Tamir Haiman and senior security-political adviser Zohar Palti.
Russian foreign minister Sergey Lavrov’s comment on Monday, May 28 – that only Syrian government forces should stand on the Israeli border – was a step in the process initiated by his boss. On May 18, President Vladimir Putin summoned the Syrian ruler Bashar Assad to Sochi in order to co-opt him, with President Donald Trump’s tacit assent, to the latest Russian-US posture on Syria. The new direction was summed up by Putin after their meeting in a short sentence: “All foreign troops must withdraw from Syria after the start of the political settlement,” he said to Tehran’s dismay.

On May 23, DEBKAfile’s intelligence sources disclosed that Trump and Secretary of State Mike Pompeo had embarked on a consistent, calculated campaign against Iran, contrary to many claims by critics that it was haphazard and unrealistic, and that this strategy was the fruit of a secret deal between Trump and Putin. Israeli Prime Minister Binyamin Netanyahu and Syria’s Bashar Assad are both playing roles.

This joint effort is still in an incipient stage and will no doubt undergo ups and downs as it matures. But meanwhile, on May 23, Syrian Deputy Foreign Minister Faisal Mekdad had this to say: “Whether Iranian forces or Hizballah withdraw or stay in Syria is not up for discussion because it’s the [business] of the Syrian government.”  Mekdad did not go on to spell out where his government stood on this question, further deepening the uncertainty in Tehran.
The last issue of DEBKA weekly of May 25, outlined in exclusive detail how the nascent collaborative effort was conceived and its early steps. Then, on Sunday, May 27, Netanyahu bluntly informed the weekly cabinet meeting in Jerusalem that the campaign against Iranian aggression had not ended: “We are working to prevent Iran obtaining nuclear weapons…against Iran’s consolidated military presence against us… and operating against the transfer of deadly weapons from Syria to Lebanon or their manufacture in Lebanon,” he said.

What he was saying was that expelling Iran’s military presence from the Israeli border region was not the end of it and that Iran’s military facilities would be targeted henceforth in all parts of Syria – and even outside its boundaries towards Lebanon.
The Russian foreign minister’s comment the next day was meant as a reminder that Moscow stood by the principle of reciprocity. While conceding that no forces other than those of the Syrian government should stand on the Israeli border, he added: “Of course, the withdrawal of all non-Syrian forces must be carried out on a reciprocal basis. It must be a two-way street.” His message was plain: Iran and Hizballah will have to withdraw their forces from Syria, but so too must the US and France.
Netanyahu answered Lavrov with another word about his plans for Iran. He told his Likud faction that he would present Israel’s position –  that there is no place for an Iranian military presence in any part of Syria – when he meets German Chancellor Angela Merkel, French President Emmanuel Macron and British Prime Minister Theresa May next week in their capitals.

The positions laid out this week by Moscow and Jerusalem will no doubt be followed by some pretty animated rhetoric from Washington, Moscow, Jerusalem, Damascus and also Tehran, to the accompaniment of further military action in Syria.