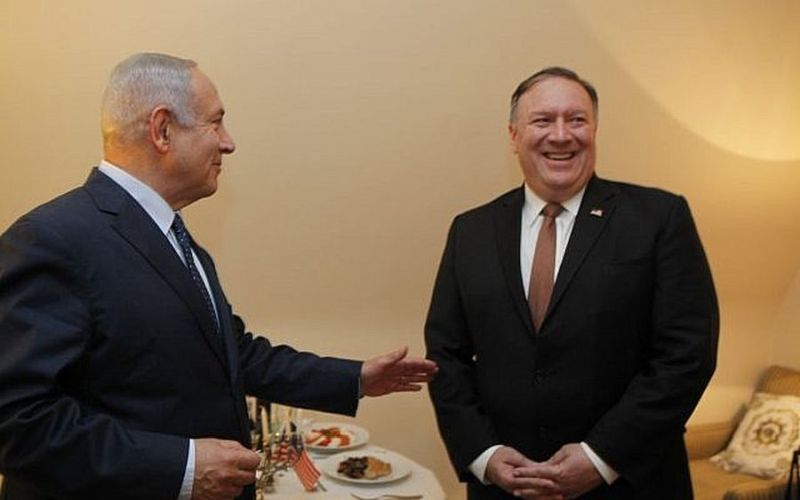 The Trump administration tried investing in the Lebanese government and furnishing its army with weapons, in the hope of raising a bulwark in Beirut against a takeover of Lebanon – either by Iran or the Islamic State. Today, Washington realizes it had buried its head in the sand. Beirut banks have long served as a back door for helping Iran beat US sanctions, serving its Revolutionary Guards and Hizballah as a laundering and smuggling outlet.

Lebanese banking, one of the most powerful in the Middle East, was able to claim these transactions were legal by disowning any contacts with the sanctioned entities. However, every intelligence agency in the region knew, DEBKA Weekly’s sources report, that the banks of Beirut kept themselves in the clear quite simply by opening personal accounts for individuals, to conceal the flow of illicit Hizballah and IRGC funds. They never checked their clients’ background and so could pretend innocence of any wrongdoing.

However, when on Monday, Dec. 3, Prime Minister Binyamin Netanyahu met US Secretary Mike Pompeo in Brussels, he handed him a fat file – and the cat was out of the bag. Our sources reveal it contained five red-hot lists:

Pompeo spent three hours studying the five lists and quizzing the prime minister and his companions, Mossad Director Yossie Cohen and National Security Adviser Meir Ben-Shabat, on their content. Then, after conferring with Washington, he announced that the Trump administration had decided to act on the incriminating file and effect a complete reversal of its Lebanon policy. DEBKA Weekly reports that the administration ordered two immediate steps:

On Tuesday morning, Dec. 4, Israel launched its operation against the Hizballah tunnels. A few hours later, US Ambassador Elizabeth Richard called on President Aoun and presented him with the a/m ultimatum plus sections of the lists compiled by the Mossad. Adding weight to the ultimatum, the ambassador presented a copy to Nabih Berri, Speaker of Parliament and leader of a Shiite faction in competition with Hizballah. She made sure he understood exactly what the US was demanding.

DEBKA Weekly adds from its sources: The Pompeo-Netanyahu initiative aimed not just at snapping the Lebanese army’s ties with Hizballah, but also at isolating and sequestering the Iranian proxy on Beirut’s political scene.

On Thursday, Dec. 6, the second day of the Israeli operation for disabling the tunnels, Prime Minister Netanyahu invited 25 foreign ambassadors to the northern border for an on-the-spot briefing. This step, the first by an Israeli leader just two days into a military operation, gave him the stage for using the operation for three wide-ranging goals: