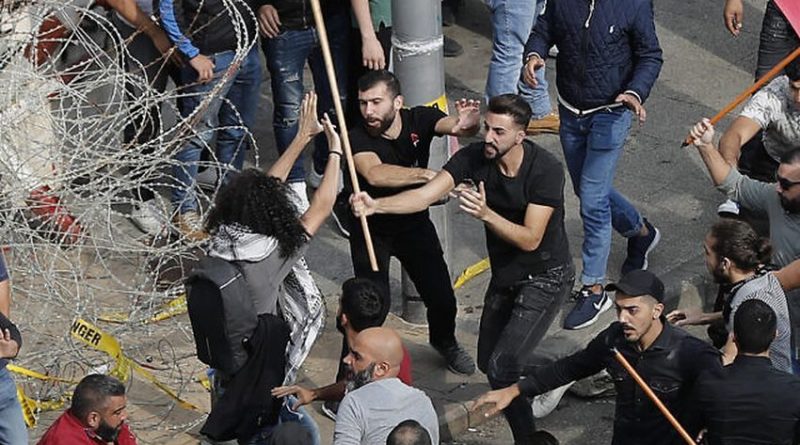 When he quit as Lebanon’s foreign minister on Monday, July 3, Nasser Hitti said his country was close to becoming a “failed state” due to “conflicting interests” and its weakened ties with the “Arab community” – a dig at the Shiite Hizballah’s iron fist on government as Iran’s tool.

Lebanon’s woes are the result of a compendium of troubles: a cold shoulder from oil-rich Sunni Arab friends, a collapsed economy, popular discontent that transcends sectarian divides, government corruption and ineptitude, and the disastrous spinoff from the Syrian civil war – all aggravated by the coronavirus outbreak. Last year, as Lebanon plunged deep into debt, Hizballah fighters came marching home from a successful campaign on Iran’s behalf in support of Syrian President Bashar Assad. Its leader Hassan Nasrallah, riding high, deepened his grip on government and parliament, after forging an alliance with President Michel Aoun.

Lebanon’s formerly strong ties with Arab nations were soon derailed, especially with Saudi Arabia. They bitterly resent the Iranian Lebanese proxy’s growing role in furthering Tehran’s ambitions in its country and region and interference in its conflicts.

Hizballah’s increased clout in Beirut also tipped the scales of the fragile power-sharing arrangement among the country’s three main sects, based on a Christian president, a Sunni Muslim prime minster and a Shiite Muslim Parliament Speaker. They form the elite which maneuvers tirelessly for the high ground in Beirut and plum jobs for their cronies.

Not long ago, Beirut was the free-and-easy playground of well-heeled Arabs who kept the town buzzing and its banks swimming in abundant dollars. Today, Lebanon’s public debt-to-gross domestic product is the third highest in the world, unemployment is rife and a third of the population had sunk to below the poverty line. Transfers have dried up from the large Lebanese diaspora. The drop in remittances from Gulf-based Lebanese nationals and decline in oil prices keep on pushing Lebanon further into debt and widening the gap between the Lebanese pound and the dollar in a thriving black market.

The country’s weakness is further exacerbated by the added burden of 1,5 million Syrian displaced refugees displaced to Lebanon at the height of the war.

Furious protests starting last year over the breakdown of basic services – power cuts, shortages of clean water and public healthcare – spilled over in October when the government levied a tax on tobacco, petrol and the Whatsapp messaging service. This plan was scrapped but the protests continued against the ruling elite, which continues to be blamed for feathering their nests while failing to carry out essential reforms. Tens of thousands of angry Lebanese forced the Western-backed Sunni prime minister Saad Hariri to resign and his unity government to fall, bringing the country to a standstill.

The protesters will not have forgotten or forgiven Hizballah goons for wielding sticks to break up their demonstrations last year.

The current Prime Minister Hassan Diab subsequently announced that Lebanon would default on its foreign debt for the first time in its history, saying its foreign currency reserves had hit a “critical and dangerous” level and that those remaining were needed to pay for vital imports.

By the time the coronavirus restrictions began to be lifted in May, the prices of some foodstuffs had doubled, and Lebanon was at risk of a major food crisis. At a time of hyperinflation, meat, fruits and vegetables have become unattainable luxuries for most Lebanese; some can’t even buy bread.

Hitti’s resignation was the biggest blow yet to Diab’s six-month-old government, which has struggled to make good on promises to implement wide-ranging reforms following the massive anti-establishment protests last year.  Diab’s cabinet has already seen two high-profile resignations from a team negotiating with the International Monetary Fund for a bailout. Both had cited the same lack of will to reform due to the interests of the country’s political-financial elite.

Hitti’s prediction that “If they don’t’ come together, then the ship will sink with everyone aboard.” is close to being realized. “Everyone” also includes Hizballah, whose response to this dire fate is keenly watched from neighboring Israel.