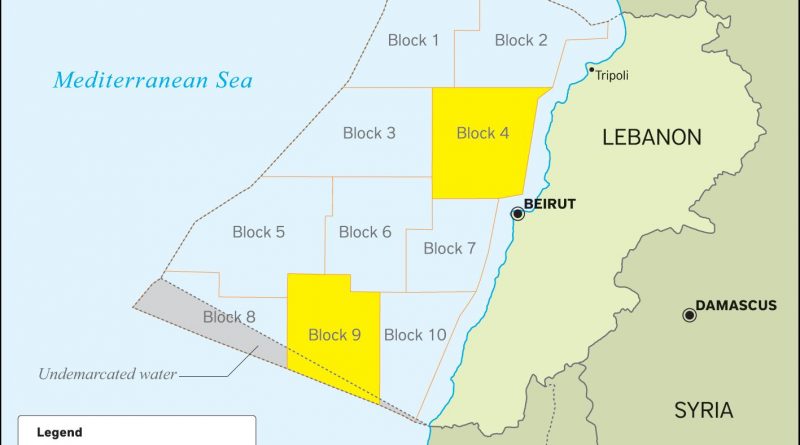 David Schenker, US Assistant Secretary of State for Near Eastern Affairs, will tie up the last details and modalities when he visits Beirut on Oct. 12.

The two delegations will sit in the same room, but not talk directly, as Lebanon refuses to treat the event as a step towards peace after 30 years in a state of belligerency. Hizballah has made this plain. The delegations will therefore pretend to communicate through the Head of the UNIFIL Mission and Force Commander, Maj. Gen. Stefano Del Col. and UN Special Coordinator for Lebanon. Jan Kubis.

President Michel Aoun chose the negotiating team in the absence of a functioning government. Beirut is still in the throes of a crippling political crisis.

The nub of the dispute between Lebanon and Israel is a narrow triangle of about 860 square km of the Mediterranean Sea (Block 9), where the claims of the two sides claims overlap. Both claim it should be part of their own exclusive economic zones (EEZs) in the interests of exploiting underwater energy fields. With its economy in tatters and its capital ravaged by a huge explosion in August, Lebanon desperately hopes that successful negotiations with Israel will open up the country to foreign investments and a chance of recovery.

Its negotiators will focus on two maritime keys: point B1, which represents the last transition point between the land and the sea and is key to the demarcation process, and the trijunction point connecting the waters of Lebanon, Israel and Cyprus, which triggered a related dispute in 2010.