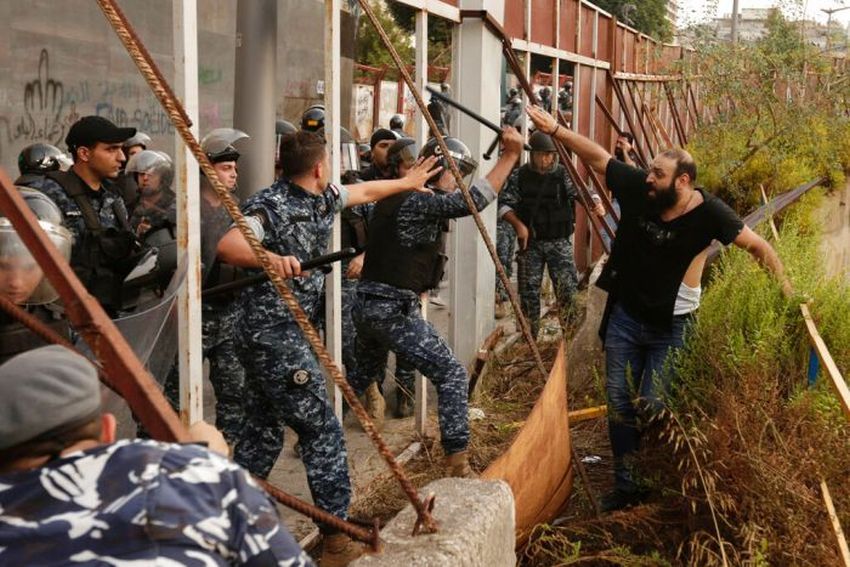 The Hizballah “special forces” battling Lebanese protesters are bound to swap their sticks for live ammo as Lebanon plunges into regime breakup amid a crumbling economy. Saad Hariri’s resignation as prime minister on Tuesday, Oct. 29, did not of itself greatly impact the declining political situation in Beirut – not only because he was not a strong leader, but because the sustained protest across the country had already cast Lebanon into three major power groupings in which he had no place:
DEBKAfile outlines those groupings:

It may be taken for granted that Lebanon’s various religious and ethnic groups and factions have reacted to the burgeoning power of the street by busily topping up their stores of weapons, ready to set up the lines for defending their communities. The elements of civil war are therefore already being put in place.

Here, Hizballah has the advantage – a paramilitary armed force unmatched by any of its rivals. This Shiite group commands 25,000 men under arms, of whom 6,000 spent six years on the battlefields of Syria, and an arsenal provided by Iran of some 130,000 assorted rockets. No rival group has the slightest chance of prevailing over Nasrallah’s army.

The coming issue of DEBKA Weekly (for subscribers) out on Friday, Nov. 1, offers exclusive information and insights on the forces at work in Lebanon’s crisis and its impact on Iran and Hizballah as Middle East powerhouses. For a subscription, click here.