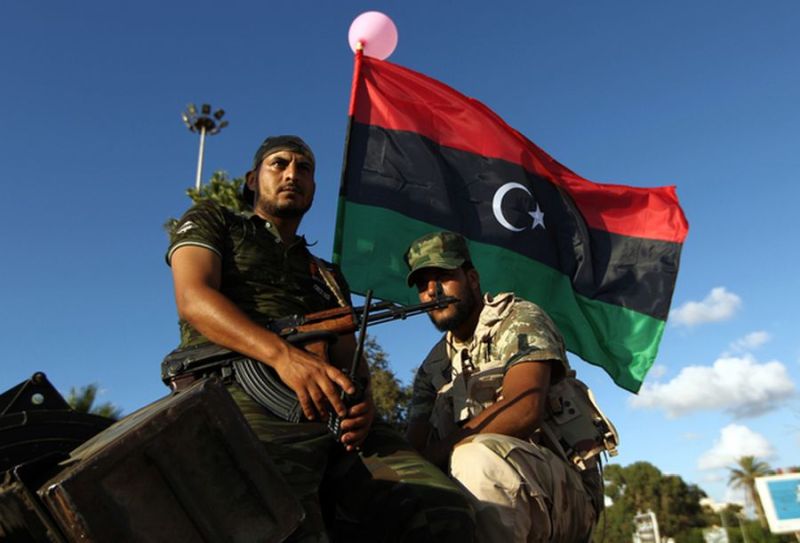 Gen. Khalifa Haftar is preparing to lead his Libyan National Army (LNA) in a large-scale campaign to “liberate Tripoli of militias.” The capital of Libya is the seat of the UN-recognized Government of National Accord (GNA). This plan has created a rift between Haftar and his longstanding ally, Egypt. It follows the failure of the Palermo conference sponsored last month by Italy and the UN to broker national reconciliation accords among the groups ruling the different parts of divided Libya.

On the sidelines of that conference, Haftar met with the head of the Tripoli government (GNA) Fayez al-Sarraj who invited him to visit the Libyan capital. The general declined to give him an answer. Later last month. Haftar went to Rome for another meeting with with Sarraj and also Italian Prime Minister Giuseppe Conte, which one source described as “a failure.” The collapse of that meeting appears to have further encouraged Haftar to go ahead with his planned military assault on the capital.

His army plans to enter Tripoli along two main axes. The first from the east, where the Seventh Brigade is headquartered in the town of Tarhuna. Last August, this brigade fought battles against rival militias until the UN brokered a fragile ceasefire; the second, from the west, after the LNA forges alliances with local tribes and sets up three operational command rooms.

Haftar, who controls eastern Libya from Benghazi, has set up eight army camps in the west and is massing a large force close to the capital, where new recruits are being trained and combat troops re-mobilized.

The Tripoli campaign is being combined with a second push to the south of Misrata, near Beni Walid, site of major oil farms and home to powerful brigades and a rival power center. Libyan oil terminals are located near Misrata. LNA forces clashed last week with forces loyal to Ibrahim Jadran, who set up a militia called the Petroleum Facilities Guard, which appointed itself guardian of the oil farms.

Control of the Misrata district would be a step in Haftar’s drive to rule all of Libya.

Italy has meanwhile not given up on its effort to help pacify the country, which has been mired in turmoil since Muammar Qaddafi was deposed and murdered in 2011. On Sunday, Dec. 23, Prime Minister Conte paid an unannounced visit to Tripoli to cover the divided country’s three main power centers: After meeting with Sarraj, head of the GNA, in Tripoli, he headed east to see Haftar in Benghazi and House Speaker Akila Saleh in Tobruk.

Rome is hoping for a major role in the coming UN-sponsored national conference in early 2019 at which Libyan leaders will be canvassed on whether the time has come for parliamentary or presidential elections to take place. But Haftar, a former general under Qaddafi, does not appear to be waiting for the diplomats, even at the price of antagonizing Cairo. After years of supporting Haftar, Egypt is against the LNA campaign to conquer Tripoli, which it describes as a serious mistake. Egypt and the United Arab Emirates are also at odds over Libya. The UAE was accused by the UN last year of violating an arms embargo on Libya by sending military equipment to Haftar. Abu Dhabi appears to be backing his plan to take Tripoli.