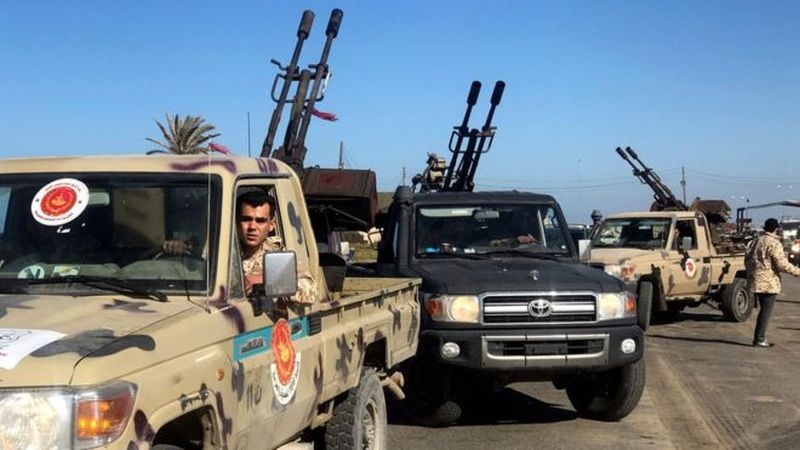 President Donald Trump had counted on Gen. Khalifa Hafter’s Libyan National Army (LNA) completing the conquest of Tripoli in time to deliver the 1 million bpd of oil missing from the world markets as a result of stiffer US sanctions against Iran. However, the offensive Hafter launched on April 4, to unseat the UN-sponsored Government of National Accord and capture Tripoli, ran aground this week. Despite broad backing from the US, Russia, France, Saudi Arabia, Egypt and the UAE, his army was thrown back in its latest attempt this week to break through the barricades defending the Libyan capital. And without Tripoli, the 75-year old general has no way of gaining control over Libya’s two main terminals at Ras Lanuf and Es Sider or delivering on President Trump’s expectations.

1. After gaining control of Libya’s southern oil fields, the general decided to sell the oil through a company he owned, instead of through the internationally-recognized National Oil Corporation based in Tripoli. He eventually saw sense, but only at the cost of his international credibility and fears that his goal was a military dictatorship like that of his former boss, Muammar Qaddafi, which most Libyans reject.

2. Hafter misrepresented his fight against the Tripoli government to his backers, Egypt, the UAE – and latterly to Moscow and Washington – as a crusade against Islamist extremists, primarily the Islamic State and Al Qaeda. He was caught out recently when his LNA was discovered embracing the followers of the radical Saudi cleric Rabea al Madhali, radical Just and Equality Party fighters from Sudan, and the Awliaa Aldum-Blood Guardians, a Wahhabi militia which follows the same precepts that produced ISIS and Al Qaeda.

3. Like Qaddafi, Hafter appointed two of his sons, Saddam and Khalid, to key military posts in his army’s highest echelons. Even on his own turf in eastern Libya, those sons are detested. Saddam is accused of raiding a bank in Benghazi for the biggest bank robbery in Libya’s history. 4. He underestimated the strength of the Zintan and Misrata militias, which came to the aid of the Government of National Accord in Tripoli.