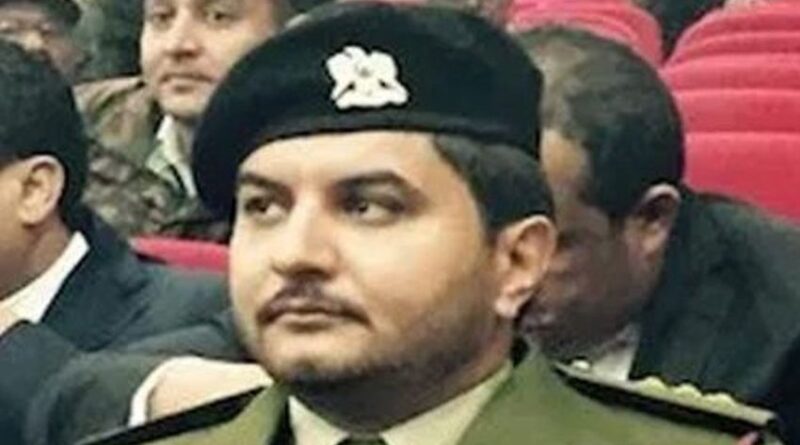 A high-ranking Israeli security official paid a secret visit to Tripoli in the last week of August as guest of Col. Saddam Haftar, son of Libyan National Army chief, Maj. Gen, Khalif Haftar, US intelligence sources report.
Saddam Haftar is campaigning for president of Libya in the Dec. 2021 election against Seif al-Islam Qaddafi (see picture), the son of late Muammar Qaddafi, who was deposed in a NATO-led, US-backed military operation a decade ago. When the Israeli emissary sat down with Haftar’s son, the latter’s rival Qaddafi junior was being received in Moscow by President Vladimir Putin. He was asking for Russian support for his presidential run, although Russian Wagner Group mercenaries had backed the opposition’s battle for control of Tripoli.

Israel was urged by Egyptian President Abdel-Fatteh El-Sisi and UAE ruler Sheikh Muhammed al Zayed to join their coalition in support of Gen, Haftar’s fight to capture Tripoli as well as their backing for his son’s bid for the presidency. Cairo supplies him with weapons and air force operations, while the UAE has provided special forces units and a small fighter squadron.

When Gen. Hafter visited Cairo on Aug. 11, he not only talked with president Sisi but also met US ambassador Richard Norland. Roping Israel into the pro-Haftar coalition was discussed in the first interview. In the second, the general tried to assess the chances of pulling the US away from its support of Abdelhamid Dabaiba’s .transitional government in Tripoli. US air strikes in recent months aimed at stalling the Haftar army’s long battle for breaking through to the seizure of Tripoli.

Col Saddam Hafter, according to his confidants, made his Israeli visitor an offer; If he made it to president, Libya would establish normal relations with Israel, in return meanwhile for the supply of weapons systems and intelligence. Nothing was clinched at that stage. If that deal does go through, Israel will have significantly expanded the ring of normal regional ties opened up dramatically in the past year with the UAE, Bahrain, Sudan and Morocco, in addition to its historic peace pacts with Egypt and Jordan.

DEBKAfile’s intelligence sources report that Washington was not aware of the Israeli-Haftar contact. Former president Donald Trump favored Gen. Haftar’s war to oust the UN-recognized government and seize Tripoli the capital. They were wont to talk by phone. His successor Joe Biden has yet to decide where he stands between the warring eastern and western factions of the Libyan conflict. Despite a ceasefire and progress earlier this year towards a political solution to Libya’s crisis, armed clashes continue in and around Tripoli.

On top of a key diplomatic breakthrough, Israel has a further stake in the Haftar enterprise insofar as its success would put a major spoke in Turkey’s intervention in the Libyan civil war. President Recep Erdogan has been supplying military backing as well as recruiting Syrian forces in support of the Tripoli government, with which he signed in 2019, a Turkey-Libya accord for the arbitrary partitioning of east Mediterranean waters and their energy deposits.

That deal is obviously opposed by Israel, Egypt, Greece and Cyprus as illicitly encroaching on their interests. If Saddam Haftar were to be elected president that deal, never having been internationally recognized, would become void.