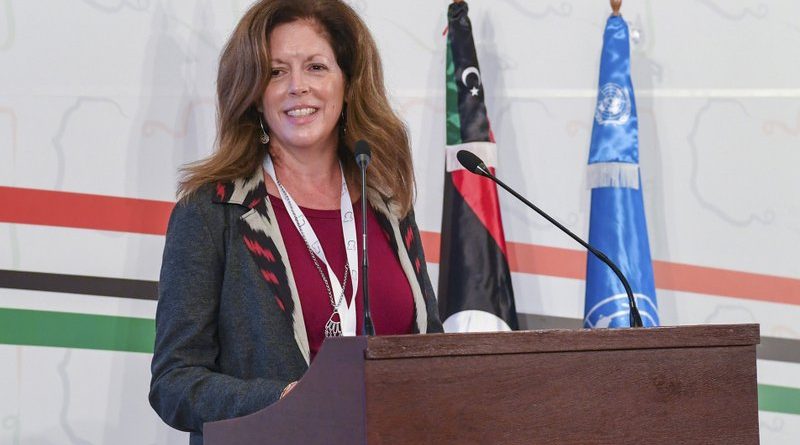 Libya’s warring sides have agreed to hold nationwide elections on Dec. 24, 2021, said the UN acting envoy for Libya, Stephanie Williams, at a virtual press conference in Tunisia on Nov. 13, Day Five of the talks. She said their consensus on a roadmap for hauling Libya out of years of civil war was “a breakthrough.

The peace effort, launched on the heels of a ceasefire on Oct. 23, brought to the table the East Libyan army (LNA) led by Gen. Khalifa Hafter, which is based in the eastern town of Benghazi, and the UN-recognized government of PM Fayez-al-Sarraj (GNA) in Tripoli.

But Libya is so deeply riven by a motley array of volatile local and rogue militias, that the UN broker had to find seats for 75 of their leaders for any chance of an agreed termination of the violent chaos engulfing oil-rich Libya since a NATO-led operation overthrew and killed its dictator Muammar Qaddafi in  2011.

Haftar came to the table after the offensive he launched in April 2019 to capture Tripoli, with the support of Russia, Egypt, France and the UAE, foundered in June, when militias allied with the GNA, with heavy Turkish and Qatari support, gained the upper hand.

All previous efforts to end the long fighting have failed. While the UN official hailed a breakthrough, the thorny task of appointing a new transitional government and Presidency Council in the interim, has yet to be tackled. Nine years after the overthrow and death of his father, Saif al-Islam, 48, one of the late Qaddfi’s his eight sons, is the only member of the family who retains influence and political ambitions. Saif is the strongest opponent of Haftar and Serraj.

The disposition of Libya’s oil riches also remains to be resolved. In mid-September, Gen. Haftar ended the oil port blockade he ordered in January, after signing an agreement with Tripoli’s deputy prime minister to create a commission for deciding how the oil revenues would be allocated and spent. Since then, Libya’s oil production has nearly tripled. But PM Serraj and most of his cabinet have refused to go along with the deal and so another oil shutdown may yet hamper the progress of the peace process.