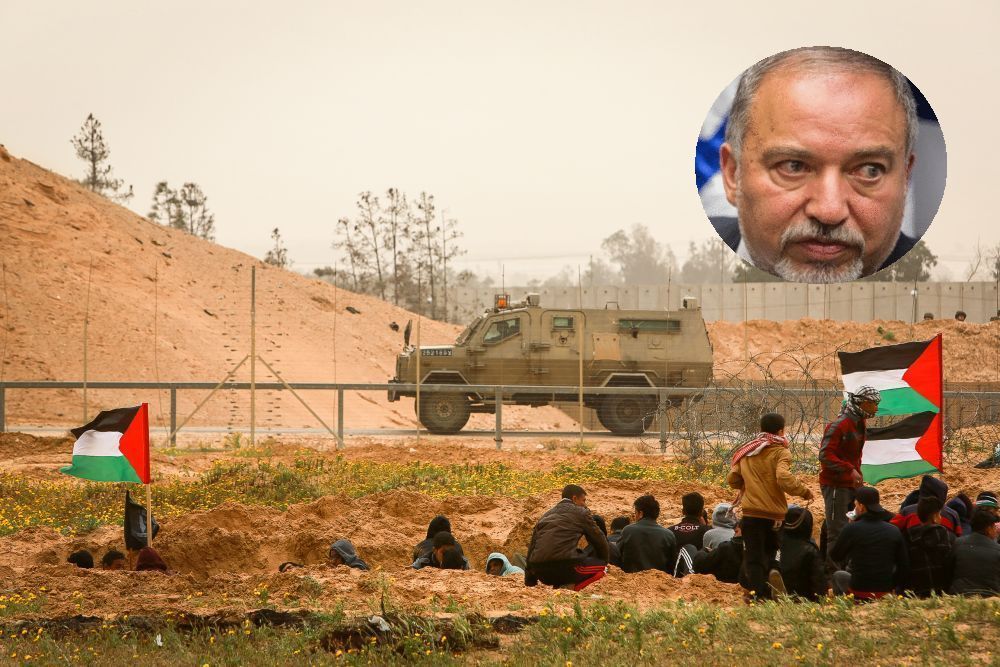 Avigdor Lieberman stands ready to regain the defense portfolio in the cabinet Prime Minister Binyamin Netanyahu hopes to put together next week. He has already taken part in a security conference with IDF Chief of Staff Lt. Gen. Aviv Kochavi and Shin Bet Director Nadav Argaman on the Gaza situation.

Reports abound about some sort of six-month ceasefire deal having been concluded between Israel and Hamas. Much is made of Israeli concessions compared with vague Palestinian commitments to de-escalate terrorist violence. This information is mostly pumped out by the IDF spokesman. It reflects the imprecise nature of the deal. For months, negotiations led by Egypt have meandered uncertainly back and forth in Cairo, interrupted by Palestinian rocket fire, incendiary balloons and explosive clashes between the Israeli military and Hamas-inflamed mobs on the Gaza-Israeli border. However, according to our sources, one provision is crystal clear: Israel’s army chiefs have agreed to stop firing on the Palestinian mobs rampaging on the border week after week, provided only that they don’t cross a 300-meter deep boundary line.

This one-sided concession is unprecedented in any national army’s fight against terrorists.

The rest of the “deal,” drawn up between Israel, Hamas, Egypt and Qatar, is full of holes and unlikely to hold up any longer than its precedents. Egypt and Qatar are backing Hamas’ refusal to commit to any reciprocal specifics, such as a ceasefire, a cessation of hostilities, or non-belligerence. Therefore, what happens next in the Gaza crisis remains open to speculation, like the content of Liberman’s conference with Gen. Kochavi and Argaman ahead of his return to the Defense Ministry.

Even before this happens, Hamas offered him a timely reminder of who called the shots in the past year and still held the initiative. On Wednesday, May 22, amid exceptionally hot, dry and windy weather conditions, Palestinian terrorists released a cloud of incendiary balloons which started 11 blazes in Israel fields. In a further attempt to push the caretaker Israeli government to the wall, Hamas on Thursday, released a list of alleged “promises” which Israel was accused of failing to uphold. The terrorists gave Israel one week to keep them or face renewed violent demonstrations and rocket fire.
One of those “promises” concerned paychecks for Hamas’ armed wing operatives, i.e. active terrorists. Qatar, which with Israel’s approval has been pumping large sums into Gaza to cover the needs of its distressed Gaza population, is blamed for giving every fighter a $50 food coupon instead of his wages.

Hamas is feeling the pinch since Israel cut off the funds owing to the Palestinian Authority in Ramallah over its insistence on allocating payments to convicted terrorists. A portion of those funds was regularly diverted to the Hamas government. And so, Israel finds itself in the paradoxical position of de-funding certain Palestinian terrorists, on the one hand, while being required to allow Qatar to cover the paychecks of the Palestinian terrorists of Gaza.

It turns out, therefore, that Hamas is taking a hand – not just in the fate of the communities of southern Israel but also attempting to assert its will on the formation of Israel’s next coalition government. Its leaders feel they are sitting pretty, owing to two developments: 1. The favorable deal taking shape with Israel and the IDF; and 2. Its rival terrorist movement, the Palestinian Islamic Jihad, is immobilized by a leadership split. DEBKAfile reveals that Jihad’s Gaza-based leaders, Muhammed al Hindi and Muhammed al Batsh, have broken with Ziyad Nahaleh, who operates out of Beirut or Tehran.

The outcome of the current maneuvers around Gaza is likely to be an undefined deal being struck between Hamas and Israel with Egyptian and Qatari intercession, after the Palestinian group is awarded a much larger slice of funding. Hamas won’t give up a cent of the hundreds of millions of Qatari cash due in the coming six months.

Barring unforeseen events, Binyamin Netanyahu will meanwhile establish a government coalition next week; Lieberman will be sworn in for his second stint as defense minister; and the IDF will abide by its commitment to refrain from firing live bullets into Gaza. It may be recalled that Lieberman quit as defense minister on Nov. 14, 2018, in protest against what he called the government’s “surrender to terrorism” in the Gaza Strip. It was his resignation that led to a general election on April 9 and a new government.

50 thoughts on “Lieberman returns to defense in next Netanyahu government. IDF will stop firing at Gaza rioters”