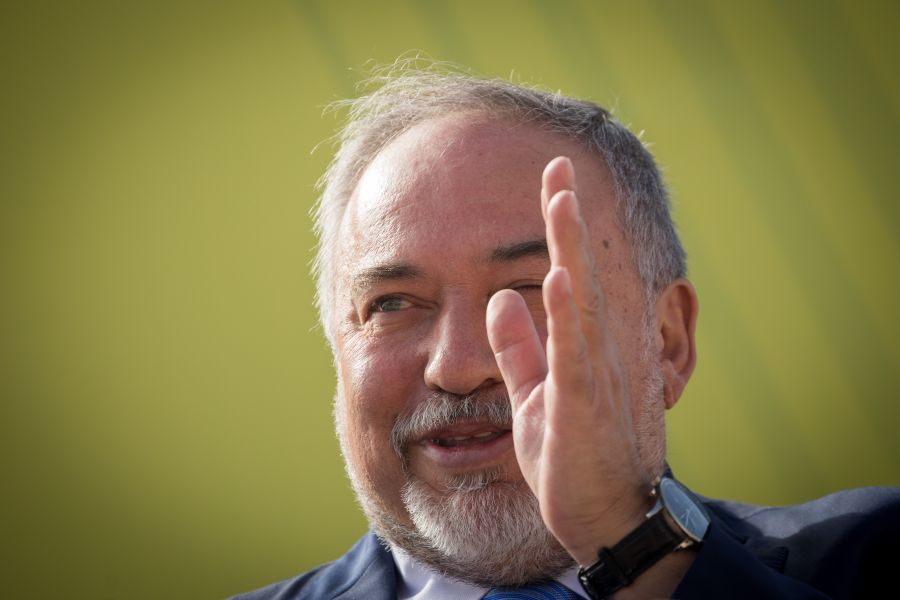 Avigdor Lieberman resigned as Israel’s defense minister on Wednesday, Nov. 14 over two issues: Israel’s assent to the transfer of $15m to Gaza, and the Gaza ceasefire after nearly 500 missiles were fired into Israel. Lieberman found both decisions unacceptable and accused the government of failing to fight terror, citing “threats from the north, the south and the west” as  pretexts,  but were tantamount to “capitulating and kowtowing to terrorists.”

He called for an agreed date for a general election as soon as possible, after withdrawing his Yisrael Beitenu (Jewish Home) party from the government coalition.

Answering reporters’ question at the Knesset, Lieberman laid out in detail the reasons for his resignation. The cash payment to Hamas and the ceasefire were no better than an attempt to buy short term peace and quiet at the expense of long-term national security. He disclosed that Hamas allocated the first sums of the $15m of Qatari cash to the families of its agents killed in border clashes with Israel troops on the Gaza Strip, which meant that Israel was helping to fund terrorist actions.

Orders in writing from the prime minister at times forced him to act against his convictions, he said and cited the fuel deliveries permitted for Gaza without making any demands of Hamas. Lieberman stressed that humanitarian aid to the population should be subject to the termination of terrorist operations, the return of the bodies of fallen Israeli soldiers and two hostages held by Hamas, and a Hamas commitment to halt the mob assaults on Israeli troops guarding the Gaza border fence.
DEBKAfile reported earlier that during the security cabinet meeting on Tuesday, the defense minister was overruled in his demand for a major military operation against the Palestinian terrorist organizations led by Hamas and Islamic Jihad for subjecting southern Israel to a savage rocket assault. He discovered that Netanyahu and the army chiefs had already decided that Israel could not afford to simultaneously take on Hamas and the pressing threat from the North, and therefore Israel must accept Egyptian and UN efforts for a ceasefire. While cabinet ministers were discussing the Gaza issue, Netanyahu was running a parallel diplomatic track with international and Arab contacts outside the room. That is why he ended the critical cabinet session with a vague communique: “IDF attacks on Gaza will continue as required.”
The defense minister and his other cabinet members had the sense that the prime minister had cast them in the role of film extras while pursuing the real action, totally at odds with his views, somewhere else. He had moreover cut the defense minister off from the military chiefs over whom he had charge.
Lieberman is the third defense minister to opt out of a government led by Netanyahu. His predecessors, Ehud Barak and Moshe Ya’alon, have become the prime minister’s bitterest critics. Netanyahu will need to appoint a new defense minister without delay, given the urgent security challenges confronting the country. Rather than a cabinet shakeup, he may decide to call a snap general election and meanwhile appoint a temporary stand-in as minister of defense.

63 thoughts on “Lieberman steps down as defense minister, says govt kowtows to terrorists”