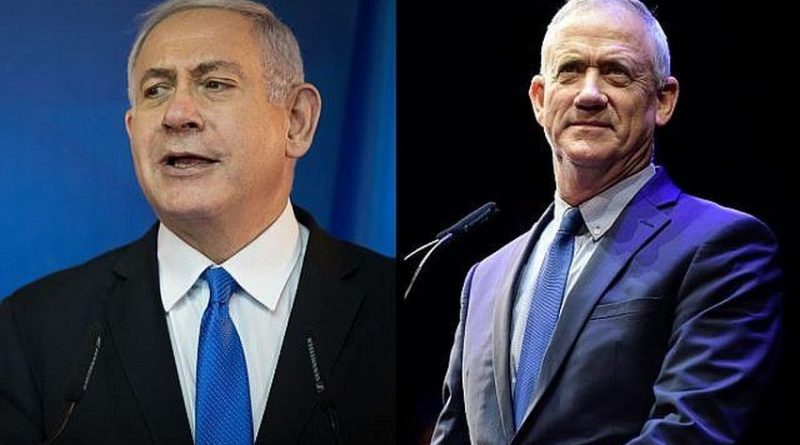 Kahol Lavan leader Benny Gantz crossed the Rubicon on Thursday, March 26 when he agreed to join Likud in a national emergency government to be headed by Binyamin Netanyahu up until Sept 2021. The deal is still a work in progress. Gantz will initially take the post of Knesset Speaker and then move into government as acting premier and foreign minister. Gaby Ashkenazi is slated for defense. Even before the deal was sealed, Gantz’s two other partners, Yair Lapid and Moshe Ya’alon,  broke away from Kahol Lavan in protest over Gantz’s willingness to share power with Netanyahu.

With 18 MKs, Lapid and Ya’alon will keep the combined party name of Kahol Lavan, while Gantz who remains with a faction of 15, will revert to his own party’s first name of Hosen Yisrael.

The Yemina party’s leader Naftali Bennett returns to Education, Finance goes to either to Nir Barkat or Yisrael Katz (Likud) and the hotly disputed Justice Ministry to a Gantz associate, either Hilik Troper or Avi Nissenkorn.

Interior is to stay with Aryeh Deri of Shas and Health with Yakov Litzman (Torah Judaism), Likud’s partners.

With the support of left-of-center Labor-Meretz, the unity government will command a solid majority of 78 in the 120-member House.

Gantz is taking on the Speaker’s role to prevent his former partners-turned-rivals, Lapid and Ya’alon, from filling the post with their candidate, Meir Cohen. Once that is accomplished, he will make way for Likud MK Yuli Edelstein to pick up the gavel once again. Edelstein resigned as Speaker on Wednesday after being ordered by the Supreme Court to call a vote on his replacement.
If this deal is finally sealed, Netanyahu can congratulate himself. Instead of being overthrown by the opposition, he will be assured of another 18 months in power as premier. He also saw a major split in Kahol Lavan, the party that was created a year ago for the express purpose of obliterating him.