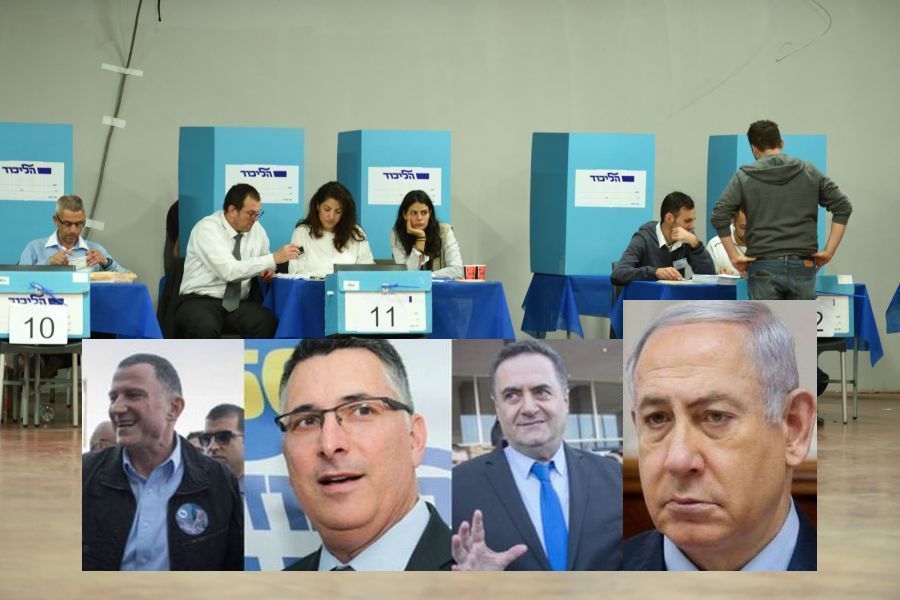 The spectacle of a major political party practicing undiluted democracy on live television contributed to the longtime popularity of Prime Minister Binyamin Netanyahu and his Likud. On Tuesday, Feb. 5, nearly 70,000 registered members from all walks of life up and down the country turned out to choose their preferred list of candidates to run for the 21st Knesset on April 9.

Most other Israeli parties, especially the newcomers, are essentially one-man shows, excepting the opposition Labor, which too shows signs of giving up on the democratic process. They are led by “stars,” most of whom are fashioned and manipulated by the armies of publicity “experts” swarming over national politics in recent years. They seemed to fit the mood of an electorate eager for change. But, then, the Likud primary presented a different reality. Its rank and file lined up at the polling booths, each with strong views on which politician deserved to be ranked in the top ten of the slate for the next Knesset. Their choices were highly representative – a mixed bag, compared with some other parties, whose leaders are picked from social, religious or military elites.
Knesset Speaker Yuli Edelstein and Transport Minister Israeli Katz were vying for top spot in the Likud’s Knesset list for the April 9 election, after a 75pc tally of the party’s primary results. Gideon Saar, longtime opponent of Prime Minister Binyamin Netanyahu was a close third, followed by Public Security Minister Gilead Erdan, Culture Minister Miri Regev, Tourism Minister Yariv Levin, new party member Yoav Galant, MK Gila Gamliel, former Jerusalem mayor Nir Barkat, in his debut in the national stakes, and Avi Dichter, Chair of the Knesset Foreign Affairs and Security Committee.

The high ranking awarded to Gideon Saar, a former education minister who took time out from politics for four years after disagreeing publicly with Prime Minister Netanyahu, was a salutary message from the Likud rank and file. He was given to understand that although he is unquestioned party leader, the Likud does not hold with a personality cult or offer blind following. A diversity of views in opposition to the prime minister is healthy.

The outcome of the primary election shows that the prime minister has come out strengthened from two or more years of relentless political assaults based on ongoing police corruption probes against him. He now faces two tough challenges: the legal battle against prosecution and the April 9 general election against still amorphous opponents.
The most conspicuous is the newest, the fledgling Hosen Le’Yisrael (Resilient Israel) party. Its founder, former IDF chief of staff Benny Gantz has been convinced by his admiring PR team that he has what it takes to step into Netanyahu’s shows as prime minister in the April election. Under the same guidance, the tyro politician was persuaded to release segments of his first major interview, which is due for publication by Yediot Aharonot on Friday on Tuesday morning, in order to eclipse the impact of the Likud primary’s final results. That was Benny Gantz’s first stumble

He praised the Oslo Accords and Israel’s unilateral disengagement from the Gaza Strip in 2005 under the premiership of Ariel Sharon and recommended using it as a model for other areas. When pressed on his partner Moshe Yaalon’s opposition to the Oslo Accords and the Gaza Disengagement, Gantz appeared to defend both. “The central question is a security question,” he said. “The [Gaza] Disengagement was carried out based on the State of Israel’s policy concerns. All the sides involved got high scores for the ability to not tear the country apart.

“It was a legal undertaking, which was adopted by the Israeli government and carried out by the IDF and the settlers in a way that was painful, but also good. We need to take the lessons and apply them elsewhere.” he said

The truth is that disengagement from Gaza tore the country apart as almost never before and the IDF and settlers, far from working together were in bitter conflict throughout. The evacuees were unforgiving and officers who carried out the forced eviction of 8,000 Israelis from Gaza still bear the scars of that traumatic event. Gantz, as chief of staff, should have known all this.

This “rewrite” of the new politician’s stumble came too late to cancel the campaign gift their leader had presented to Likud and its rightwing allies.

Observers remarked the Gantz’s verbal inadequacies when speaking off the cuff in an interview, compared with his polished phrases when delivering a prepared speech.

13 thoughts on “Likud’s active internal democracy is an election boon. How Gantz stumbled”