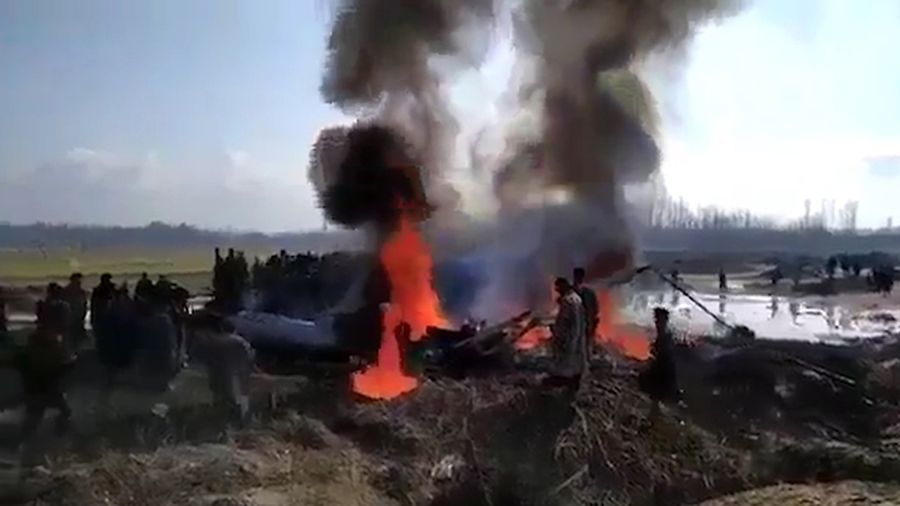 According to conflicting reports on Tuesday, Feb. 26, Pakistan says it shot down two Indian jets over Kashmir, while India claims to have shot down a Pakistani fighter jet. Pakistan said it had “taken strikes at [a] non-military target, avoiding human loss and collateral damage” Indian authorities said the Pakistani jets had been pushed back.

Two weeks ago, tensions between the two nuclear-armed powers flared after a Pakistani Jaish-e-Muhammed terrorist carried out a suicide attack on a bus carrying Indian Border Guard police officers and killed 44, the deadliest terrorist attack since Kashmir was partitioned between India and Pakistan in 1947.

On Feb. 26, the Indian air force retaliated for the attack with strikes against targets in Pakistan, which responded with cross-border artillery shelling of Indian sites in Kashmir. Pakistan then claimed to have shot down two Indian Air force jets over the Pakistani side of Kashmir and taken two pilots captive, one injured. India confirmed the loss of an MIG21 fighter and said that a pilot was missing. During this air fight, Pakistan closed its air space to commercial flights, while India followed suit, although limiting the closure to areas close to embattled Kashmir.

In the wars between the two powers over Kashmir, India has lost more than 70,000 dead. Indian Kashmir has a population of 7 million, both Hindu and Muslim. The Pakistan side has 6 million inhabitants, almost all Muslim.

DEBKAfile notes that, while Kashmir is a long-rankling issue between New Delhi and Islamabad, both tend to scale up military tensions over the disputed territory when security concerns arise on the Indian subcontinent in other fields. This time, it was sparked by the Afghan peace talks in progress between the US and Taliban leaders. Pakistan, which has strained relations with the Trump administration, suspects that the Americans aim to oust its positions of influence in Kabul and open the door for the Indians to step in. Last week Saudi Crown Prince Muhammad bin Salman visited both capitals and tried his hand at mediation. But tensions were so high, that the prince could not cross the border and was forced to return to Riyadh before flying back to India. Since then, Pakistan and India began trading serious air and ground warfare.