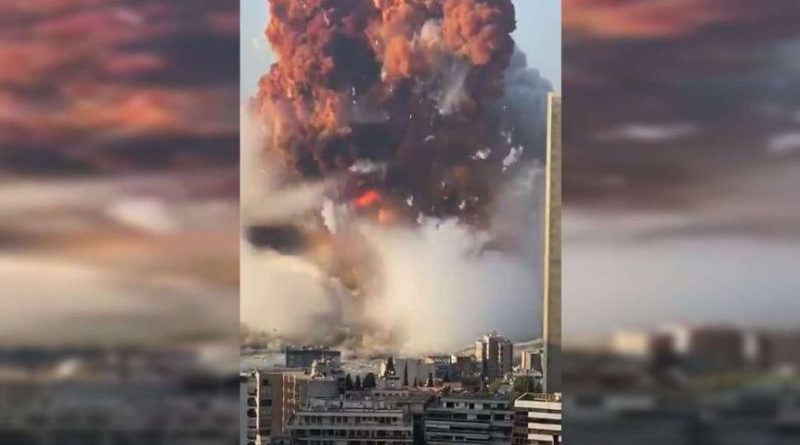 The twin explosions on Tuesday, Aug. 4 that killed more than 100, injured thousands, devastated Beirut port and shattered city buildings and vehicles, were heard as far away as Cyprus. Lebanese officials said that the inferno which sent a huge black cloud billowing over the city was the result of an accidental explosion in a warehouse containing fireworks in the port, which ignited a fuel depot.  Hospitals were too damaged to treat all the at least 4,000 wounded. Buildings were reduced to shells and shipping containers in the port sent flying on scale with the force of an earthquake. Local media showed people trapped beneath rubble.

Lebanon’s News Agency reported a fire breaking out in what it called an explosive chemicals depot at the port before the explosion. The cause of the calamity has yet to be investigated. In a rare consensus, Hizballah confirmed Israeli sources’ emphatic denial of any hand in the catastrophe. The Israeli government immediately offered to extend any humanitarian aid needed and sent its condolences to the Lebanese people.

The public has been asked for urgent blood donations. President Michel Aoun called for an emergency meeting of the Supreme Defense Council. Wednesday has been declared a day of mourning, the prime minister said. The UK, France, Cyprus and Greece have come forward with offers of assistance. The calamity catches Lebanon in political turmoil, a collapsing economy a disaffected population and hunger on the streets.

The explosions will remind many of the huge bomb that killed PM Rafiq Hariri in 2005, setting off a previous sectarian crisis.