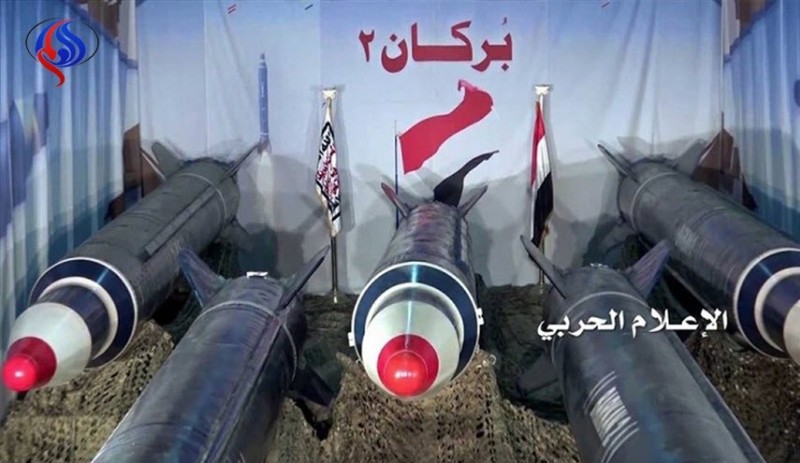 Yemeni Houthi rebels continue to shoot missiles “made in Iran” into Saudi Arabia. On Monday, Feb. 5, Turki al-Maliki, the spokesman of the Saudi-led Arab coalition fighting in Yemen, said that Saudi air defenses had intercepted a missile aimed from Yemen’s Saada province at the Saudi city of Khamis Mushayet. “It deliberately targeted densely populated areas,” Maliki said. He called it a new hostile act by the Iran-backed Houthis, which, he said, confirms Tehran’s continued support for the insurgents and was “a clear and explicit violation” of UN Security Council resolutions 2216 and 2231, for the purpose of “threatening the security of Saudi Arabia and the region as a whole.”

Six days earlier, on Jan. 30, the Houthi command confirmed the firing of a long-range ballistic missile at the King Khaled International airport north of Riyadh, the second in less than three months. Last November, Saudi air defenses shot down a ballistic missile fired by the insurgents at the same airport.

DEBKA Weekly’s military and intelligence sources disclose that straight after the latest attack, Saudi Crown Prince Muhammed bin Salman (MBS) decided it was the last straw. In his dual capacity as defense minister, he called Saudi military chiefs into an urgent conference to decide on a strong response. As they conferred, MBS put in a call to his close partner, the United Arab Emirates Crown Prince Muhammed bin Ziyad (MBZ), to discuss a concerted reprisal for stopping the Houthi missile attacks ordered by Tehran.

The upshot of these talks was a decision to send out a joint Saudi-UAE ultimatum warning Iran that if a missile from Yemen caused damage to any strategic target in the Gulf, the two Arab oil nations would strike back at a military or civilian strategic facility inside Iran – without prior notice or further warning.

Since no one seriously expected the Houthis to stop firing those missiles, and the Revolutionary Guards could be counted on to respond to any reprisal, the chances have soared of Iran engaging this month in a missile war with Saudi Arabia and the UAE. DEBKA Weekly’s military sources don’t expect this conflict, if it erupts, to veer into full-scale war; neither will dozens or hundreds of missiles fly back and forth over the Gulf. We are more likely to see a limited exchange of single missiles, rather than heavy barrages. At the same time, our military sources calculate that if a lone projectile seriously damaged a sensitive target, such as a military base, a power station, a port or an airfield, the fur would fly and the conflict might get out of hand.

The Saudi military chiefs at the conference in Riyadh were of the opinion that the joint Saudi-UAE ultimatum ought to work and convince the Iranians to halt the missile attacks from Yemen, because, in the final reckoning, they said, Tehran does not seek a full-scale military clash with the two Gulf allies. The current low-powered harassment of Saudi Arabia by its Houthi proxy serves Iran’s purpose by offering an active testing ground for its new missile products and their navigation systems, while also gauging the enemy’s defense capabilities. But a major conflict would be a whole new game, especially when a serious escalation would prompt US intervention and the arming of Saudi Arabia with state of the art American anti-missile interceptors. They would upgrade the US Patriot Pac-3 batteries, which are now the backbone of the kingdom’s defense line against ballistic missile attack.

At the same time, a minority of Saudi generals at the conference was less sanguine. They maintained that, while the regime may have scant interest in a major conflict, elements of the radical Revolutionary Guards may disagree. They would use a real conflagration to gain some of the ground which is slipping from their fingers of late.

In mid-January, they heard Iranian Defense Minister Brig. Gen. Hatami announcing that supreme leader Ayatollah Alil Khamenei had ordered the army and the Revolutionary Guards Corps to be divested of their economic enterprises. He said: “The Supreme Leader assigned responsibility for this action to the General Staff of the Armed Forces of the Islamic Republic with a view to removing these forces from unrelated economic activities.”

Those radical elements could tip the scales in favor of a full-fledged missile war on the two Sunni Gulf states by arguing that it would immediately send oil prices shooting up to $100 bpd, a contention that could win over the regime to their point of view.