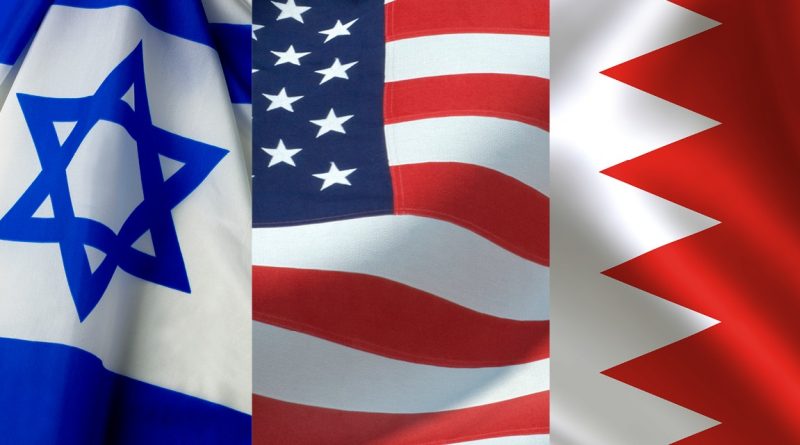 A joint US-Israel delegation is due in Manama on Sunday, Oct. 18 to sign a formal treaty establishing diplomatic relations between Bahrain and Israel. US Treasury Steve Mnuchin heads the large US delegation attending the ceremony. The Israeli delegation will be led by National Security Adviser Meir Ben-Shabbat. The two signatories are to next open embassies in each other’s countries.

Heading a large official delegation, US Treasury Secretary Steve Mnuchin flies on Saturday, Oct. 17 direct from Tel Aviv to the capitals of Bahrain and United Arab Emirates – and back by Tuesday, traveling along an unprecedented time-saving route. His important mission is to pad out those Gulf nations’ normalization agreements with Israel with strategic, economic and regional content.

Mnechin’s role as senior executor of US sanctions against Iran, the latest of which was an embargo on 18 Iranian banks, will not be lost on Tehran. But over and above this role, is the Trump administration’s drive for this epic breakthrough to plant a US-led regional security partnership in this volatile region, allowing American forces to shift aside and focus on other global rivals, like China and Russia. No more than modest American assistance in military systems and training is expected to be needed to anchor US influence in the region, once the Israel-UAE-Bahrain alliance is up and running. Furthermore, its members will be less inclined to shop for Russian and Chinese arms.

Gulf rulers will also be able to openly avail themselves of capital, security assistance, political support and trade with Israel, instead of seeking it under the table or outside the region. China may soon sense the curtailment of its diplomatic footprint in the Gulf with the decline of its economic input, another of Washington’s targets.

Normal relations with Gulf partners will also offer Israel fresh opportunities for such projects as the contract for the operation of a section of Haifa port that was awarded to the Shanghai International Port Group. Washington was much put out by this transaction although the the US Navy’s Sixth Fleet continues to make regular calls to Haifa. Today, companies like the Dubai-based port operator would offer alternatives.

The security interchanges maintained secretly between Israel and several Arab states may now break the visibility barrier for Gulf governments. Constantly aware of the threat from Iran, they have proved to be a thriving market for Israel’s cutting-edge arms and military technology including cyber defense, UAV systems and spyware.

In the uncertain pre-election climate in Washington, the rapprochement between Israel and America’s Arab friends is seen as a security prop for US strategic interests. The job of nailing down the benefits of Trump’s Gulf diplomatic venture falls to  Mnechin and a wide-ranging delegation, including Avi Berkowitz, Assistant to the President and Special Representative for International Negotiations and US Ambassador to Israel David Friedman.