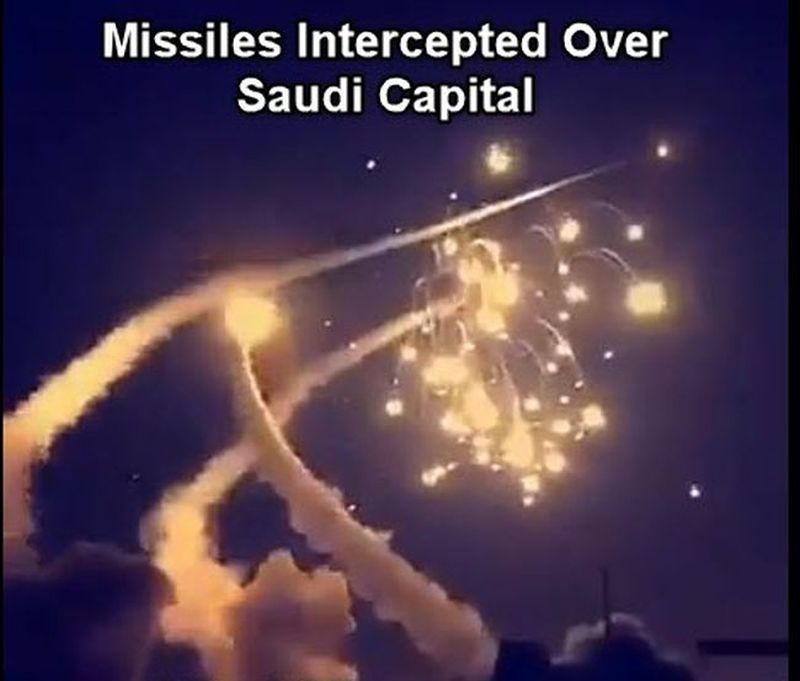 Yemen’s Houthi insurgents are given the same rule book as their fellow Iranian proxies in the Middle East. Dates and events of significance to their antagonists are marked by belligerent violence. This is common practice for the Lebanese Hizballah and the Gaza Strip’s Palestinian Hamas and Islamic Jihad. Therefore, on March 22, two days after Saudi Crown Prince Muhammed Bin Salman (MbS) arrived at the White House to meet US President Donald Trump, the Houthis unveiled “a new short range ballistic missile called Bader-1” which was said to have been “test-fired successfully at the Saudi Aramco oil facility” in the southern province of Najran.

The Yemeni Missile Forces, a branch of the Houthi insurgent army, described Bader-1 as “a solid fuel ballistic missile with a speed of up to 4.5 Mach and high accuracy.” Experts who viewed the published images classified it as a solid fuel artillery rocket rather than a ballistic missile, and likely a copy of the Iranian Fajr-3, which is roughly the same diameter and length. The Fajr-3 has a range of over 43km, which would be enough to strike Najran from northern Yemen.

Aramco denied that any of its facilities were hit by a missile or a rocket, which may have missed is mark and exploded in the desert. However, the points scored by that attack are significant for four players, the Saudis, Iran, Yemen and Iraq.

The Houthis chose March 25, the third anniversary of Saudi military intervention in the Yemen, to turn up the heat with their biggest barrage ever – 14 ballistic missiles against four Saudi military hubs. The Saudi military announced that their missile defense batteries had intercepted seven. Three missiles were aimed at Riyadh, killing at least one person, an Egyptian construction worker and injuring several others. The first fatality the Houthi missile campaign against Saudi Arabia just happened to be a foreigner. Two missiles hit the two military towns of Khamis Mushayt and Najran in the southern Jazan province.

An oppressive cloud hanging over Riyadh is the desperate plight of the Yemeni population in consequence of an endless war: Nearly three out of every four people in a population of 22.2 million rely on humanitarian aid to survive, More than 8 million are on the brink of famine and more than 10,000 Yemenis have died from critical health conditions – mainly for lack of access to medical treatment outside the country. In the past month, more than 1.8 million people were forced to flee their homes, raising the number of internally displaced Yemenis to nearly 2.4 million.