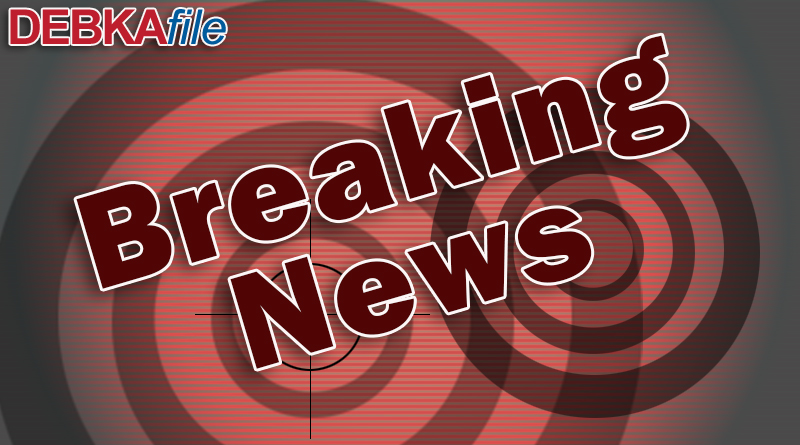 Dozens of Israeli locales north, south and east of the Gaza Strip were alerted Saturday morning, April 4, to a heavy rocket barrage from Gaza. The IDF reported multiple interceptions by Iron Dome batteries and no casualties. In addition to the Gaza “seam” locations, the cities of Rehovot, Sderot, Ashdot, Ashkelon, came under fire.
The IDF retaliated with tank fire on a Hamas lookout post and an IAF attack on Hamas positions in the Strip. The incident is still ongoing. The Prime Minister and Defense Minister Binyamin Netanyahu has called an emergency security conference at Hakiyra in Tel Aviv for later Saturday.

The ongoing flare-up followed Palestinian gunfire on Israeli troops in the course of the regular Friday mob disturbance on the Gaza border, in which two soldiers were injured. The IDF retaliated with tank fire and an air strike on a Palestinian Hamas compound, killing two of its activists. Another two died in the course of the border disturbance. Early Saturday, the IDF closed roads, parks and beaches in the vicinity to the Gaza Strip to civilian access.