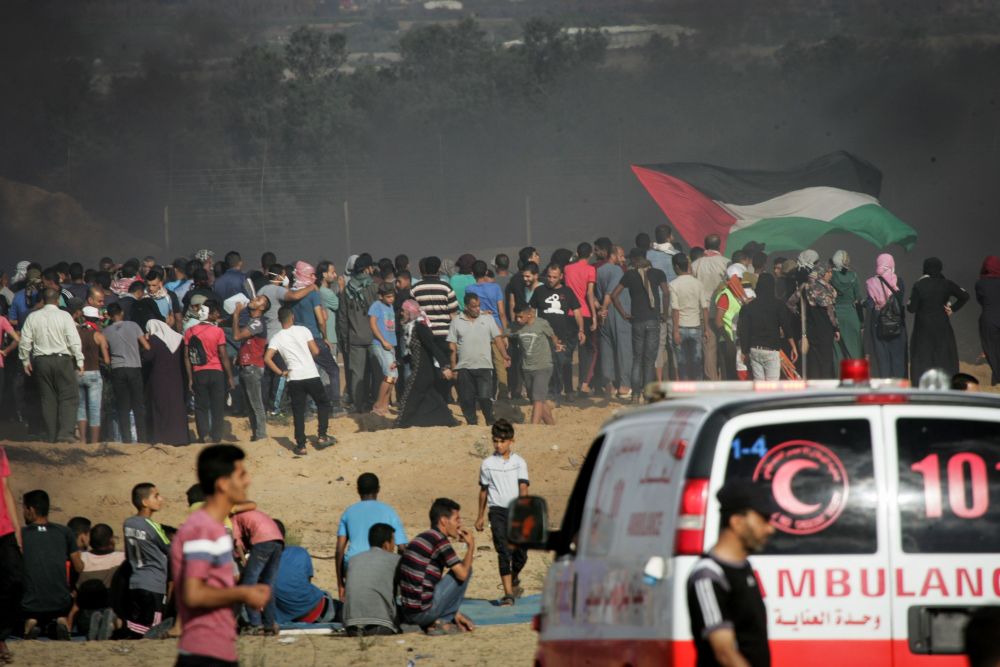 Yet Israeli spokesmen insisted that the Palestinian riot on the Gaza border this Friday, Oct. 19, was the “quietest in seven months.” The IDF spokesman commented that “most of the rioters kept their distance from the border fence and Hamas was there to curb the violence.” He went on to say, “There were nonetheless cases of explosives, grenades, attempted border crossings and various acts of terror. Our forces took preventive measures. This is not a situation we are prepared to accept. We expect the terror to cease.”
This statement came after Israeli officials tried hard to downplay the outbreak, during which at least three gangs pushed their way across the border, one of them torching a military vehicle, before they were driven back with tear gas and live fire by ramped-up Israeli forces defending the border. Palestinians claimed 117 injured and one killed in clashes with Israeli troops.

The message running through official Israeli comments was that Hamas needs time to bring the outbreaks gradually under control and it won’t happen at once. This refrain came after repeated threats by Prime Minister Binyamin Netanyahu and Defense Minister Avigdor Lieberman of a “powerful” Israeli reaction if the seven-month campaign of terror by arson and riots on the border continues.

Yet, after two boosted Grad rockets were aimed at two Israeli cities on Wednesday, the Israeli security cabinet decided to hold the IDF back from striking back forcefully and to give Hamas a chance to match this restraint when Friday came around. What happened was that more than 10,000 rampaging Palestinians showed up on the border fence. The 33 explosive devices they hurled at the troops was indeed half the number of last week, but could hardly count as restraint. Although the Israeli border force was reinforced in numbers and equipped with tanks, their tactics did not change from their routine defensive stance. Chief of staff Lt. Gen. Gady Eisenkot and OC Southern Command Maj. Gen. Herzi Halevi are at the scene.
During the day, an IDF drone struck a Palestinian incendiary balloon team in southern Gaza. All the same, three fires were ignited on the Israeli side of the border. Iron Dome batteries have been deployed at several points in central Israel following the Palestinian Grad attack on two Israeli cities on Wednesday.