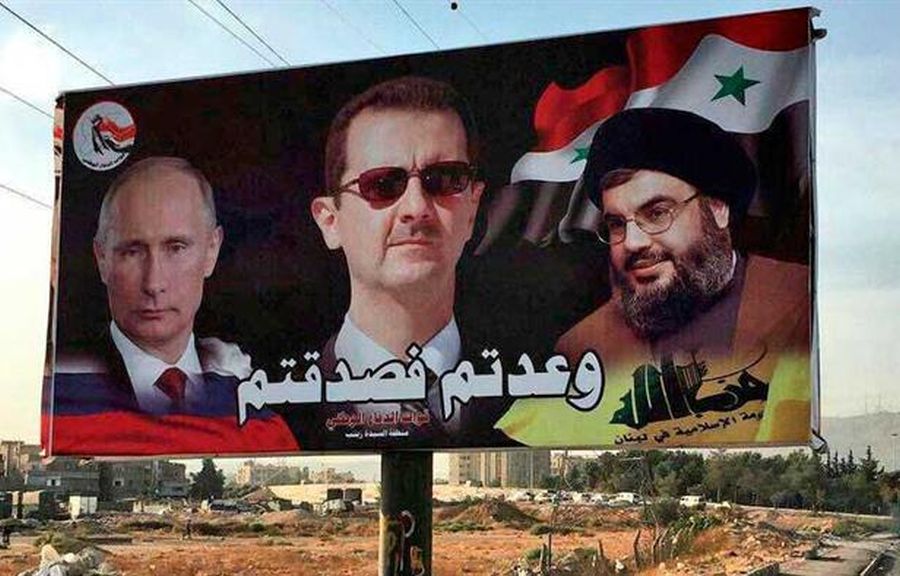 The Russians have switched their focus to Lebanon and are hailing Hizballah as a “force for stability and security” ahead of Prime Minister Binyamin Netanyahu’s visit to Moscow on Feb. 21 for talks with President Vladimir Putin. Russian diplomacy and media are for the first time coming out with high praise for Hizballah, giving Netanyahu to understand that Putin has no interest in hearing about the Shiite terrorist movement’s misdeeds or Israel’s operations against its tunnels.
On Saturday, Feb. 9, Russian Ambassador to Beirut Alexander Zasypkin said in an interview with Sputnik that a new conflict could erupt between Israel and Lebanon “as a result of the United States’ actions aimed at sowing discord in the region, as well as Washington’s campaign against Tehran and the Lebanese Hizballah movement.”

When events started unfolding in Syria, Hizballah “sided with the lawful authorities in the fight against terrorists as its duty, ” he said. “Hizballah became directly involved in military operation at Syria’s request, alongside Russia and Iran and took a responsible approach.”

Turning to Washington, the Russian ambassador said, “Instead of trying to deal with tensions in the region together with Russia and other countries, the United States has launched a campaign against Iran and Hizballah, making the situation in the region even more volatile.”

Zasypkin went on to say: “As for a conflict between Israel and Lebanon, nothing can be predicted with certainty because the region is at a crossroads.”

Moscow’s compliments for Hizballah as a “positive and responsible” force in Syria and the region, may come as a surprise to many Israelis given some of the stories appearing in local media in the past month. DEBKAfile’s military sources offer three striking examples:

The Kremlin appears to believe that these unfounded stories were planted by the Americans and Israelis to drive a wedge between Moscow and Tehran/Beirut and decided to nip this campaign in the bud ahead of Netanyahu’s arrival in Moscow.