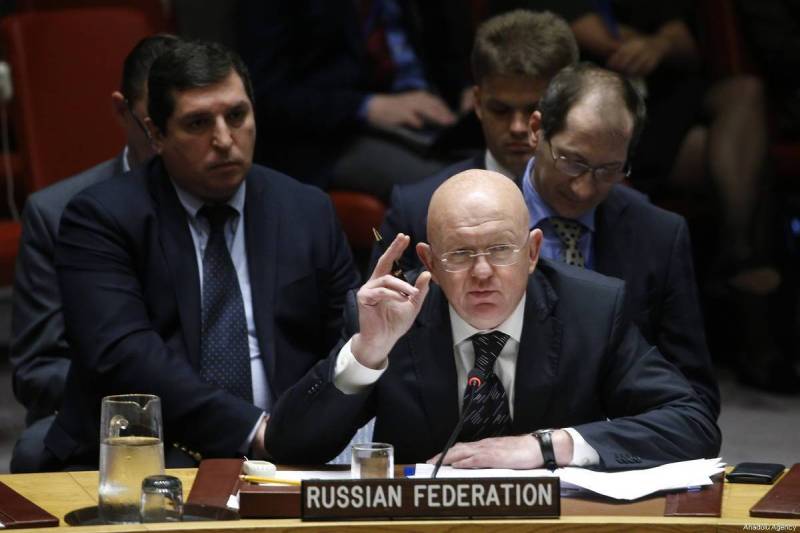 Syria is undergoing a topsy-turvy moment. Since last week, murmurs have come from Moscow and Damascus suggesting that both are willing to sit down with the US and Israel and discuss terms for the removal of Iranian military forces from Syria. This is not a complete change of heart on the part of Russia. On March 27, Russian President Vladimir Putin issued a statement after meeting Prime Minister Binyamin Netanyahu: “Russia and Israel will establish a joint team to work towards the pullout of all foreign troops from Syria fighting in its civil war.”

For two years, Israel has been conducting a relentless aerial campaign against Iranian and allied military targets in Syria. Netanyahu welcomed Putin’s consent to work towards this goal at the weekly cabinet meeting in Jerusalem on Friday, April 12 and noted that military coordination with Russia would continue.

On that same Friday, Russia’s UN ambassador Vasily Nebenzya surprised everyone by stressing: “Everyone, including Iran, Turkey and even Russia should eventually leave Syria.” He went on to expand on this thesis in a long speech: “Iran is part of the region and not a foreign entity. It has legitimate interests outside national borders. In addition to other things, Iran aims to guarantee its national security. Other Arab countries, Israel and Turkey have similar interests, but they are referring to the threats posed by Iran and ignoring the one Iran is facing.

“As for the concerns related to Iran’s interference in the internal affairs of Middle East countries, there are divergent views, even among Arabs themselves,” said the Russian diplomat. “The only condition is for these interests to be legitimate, and if there are any concerns, they must be resolved by political and diplomatic means.”

This Russian position was laid out some hours after Israeli warplanes fired missiles into the Syrian Scientific Studies and Research Center in the northwestern Syrian town of Masyaf on Saturday, April 13. This was the largest, most comprehensive raid Israel had ever mounted and it succeeded in razing shared Iranian-Syrian factories for the upgrading of their surface and anti-air missiles. (More about those targets in a separate article.)

Damascus, unusually loquacious, admitted that Iranians were killed and injured. In previous Israeli strikes, Damascus either held silent, or threatened to retaliate against military targets inside Israel. This time, a Syrian military spokesman not only spoke frankly but volubly to make five points:

1. Israel’s air supremacy over Lebanon has proven difficult for the Syrian military to counter, especially when the former uses this air space to launch air strikes on border governorates like Homs, Damascus and Tartus.

2. For Syria, the acquisition of the S-300 system from Russia is supposed to be a major boost to its air defenses. Unfortunately for the Syrian Armed Forces, Israel also possesses one of the most powerful military intelligence wings in the world. Its air strikes over the city of Masyaf showed that Israel knew Syria’s S-300 system was not ready for use and exploited this.

3. Israel has the benefit of close intelligence ties not only with the US but also with the Russian military which is aiding the Syrian government in this conflict.

4. Russia may disapprove of the Israeli air strikes in Syria but will not intervene to stop them as they currently have an agreement with the Netanyahu administration.

DEBKA Weekly notes that Damascus has never before publicly mentioned the existence of a deal between Russian President Vladimir Putinand Prime Minister Binyamin Netanyahu for Russian forces in Syria to turn a blind eye to Israel’s air strikes.

5. This effusive Syrian message ended on another intriguing note: Faced with Israeli’s determination to not allow an Iranian military presence to remain in Syria, Damascus and Tehran are counter-striking by “developing a railway and international highway stretching between the two countries.”

The Syrian official forget to mention that Iran’s long-coveted land-bridge from the Gulf to the Mediterranean under Tehran’s control would be firmly resisted by the US and Israel. At the same time, DEBKA Weekly’s analysts point to the first signs of a crack in the rigid Syrian-Iranian refusal to consider the departure of Iranian forces and allies from Syria, under any conditions. Both Damascus and Tehran appear open to discussing this eventuality in return for the consent of the US and Israel to the laying of this overland bridge, plus guarantees to abstain from attacking it.