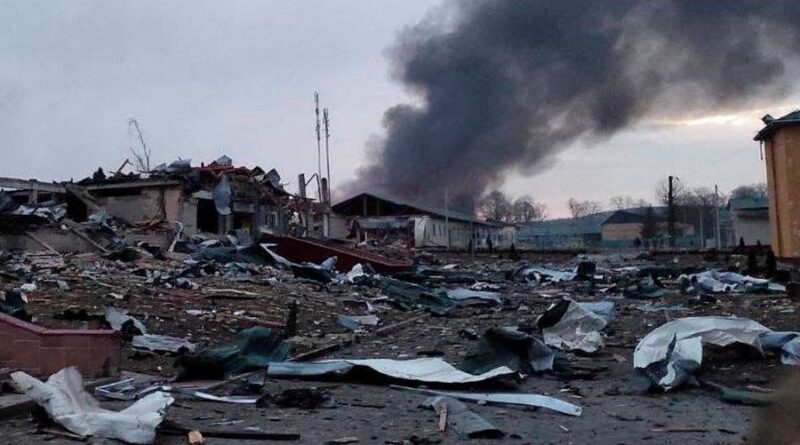 An armed clash with the US came a step closer with Russia’s air strike on Sunday, March 13, on Ukraine’s Yavariv military training center near the Polish border. The attack came after Russia’s Dep FM Sergei Ryabkov warned the US that the convoys bringing weapons from a number of countries to Ukraine were “not just a dangerous move but legitimate targets.”

The Russians were targeting Western volunteers for the support of Ukraine as well as incoming weapons.  Despite denials, military sources reveal that present at the base were volunteers from the US, Ireland, Germany and the UK. There is no information on whether foreign personnel were among the 35 people killed and 130 injured in the Russian long-range missile strike at the Ukraine military center west of Lviv.

Washington’s counter-warning was delivered by White House national security adviser Jake Sullivan, who said: “If there is a military attack on Nato territory, it would … bring the full force of the Nato alliance to bear in responding to it,” he said.

A perilous standoff marks the nearly third week of the Ukraine conflict, say DEBKAfile’s military sources: On the one hand, Moscow cannot afford to let the West continue to pump weapons into Ukraine for use against Russian forces – and may not stop at the border of a NATO member to stop the deliveries. On the other, Washington and NATO can’t stop the flow of millions of dollars-worth of arms, such as anti-tank and antiaircraft missiles, as well as Western fighters, for bolstering Ukrainian resistance to the Russian invasion. Clashes are becoming inevitable; they are likely to be local and limited in scope, at least in the early stage.

President Joe Biden declared on Sunday: “We will not fight a war against Russia in Ukraine. Direct confrontation between NATO and Russia is World War III — something we must strive to prevent,” he said.

Aside from the strike on the Ukraine base on Sunday, the Russian army has since Saturday concentrated on building up and bringing fresh supplies to the two still stationary convoys standing by west and east of Kyiv for orders to move, with occasional artillery shelling attacks on the city.

There are signs that Russian military units maintained in Armenia and Ngorno Karabakh are preparing to move out and head for Ukraine. Russian warships have meanwhile sealed their blockade of the Black Sea port of Odesa.