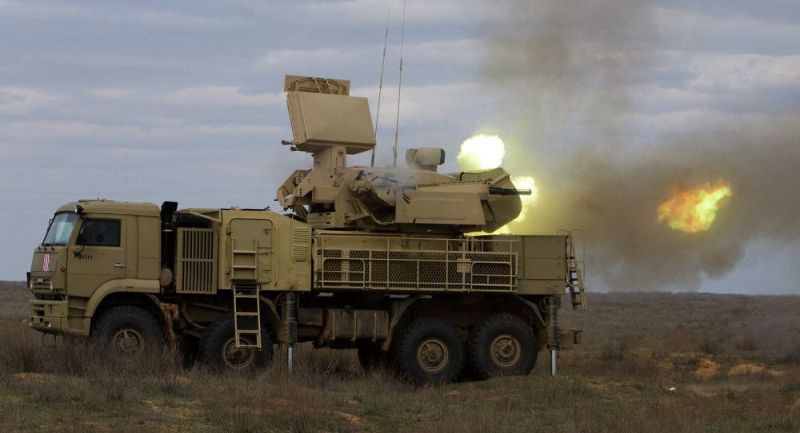 The Russian military command in Syria is preparing to declare extensive parts of Syrian air space no-fly zones – especially over the western coast and center.Posted ready to defend those zones are 30 advanced Pantsir-S and S-400 air defense batteries, the densest Russian air defense missile formation anywhere outside the Kaliningrad pocket between Poland and Lithuania. Most are ranged at the sites of Russian ground or air forces, the Khmeimim Air Base and the naval base at Tartus, around Damascus and at the new base the Russians are erecting in the northern town of Qamishli.

The circles at the Defense Ministry in Moscow and the Russian command in Syria who initiated the no-fly zone plan to use it to bar Israel’s air raids over Iranian, Syrian and Hizballah targets in Syria. The last wide-ranging IDF attack on Nov. 20 targeted Iran’s Al Qods Brigades centers around Damascus, in the course of which the Syrian air defense batteries which opened fire on Israeli aircraft were smashed.

That attack was launched a day after an Israeli military-security delegation visited Moscow and was asked by its hosts to stop these attacks. The raid was taken as a negative reply to that request.

According to DEBKA Weekly’s military and intelligence sources, the no-fly zone plan needs to be approved at the highest level of the Kremlin, including President Vladimir Putin before it is enforced. He is not expected to make his wishes known before early 2020, after his December visit Israel and his evaluation of the state of play in the political stalemate over the next Israel prime minister. This is still very much in the air.

The Russian military factions keen on ending Israel’s free-ranging anti-Iran assaults in Syria found unexpected support for their argument to the Kremlin from Israel itself. Israel’s ambassador to Washington Ron Dermer, asserted that Israel’s military chief supports a bilateral defense pact with the US. Speaking at a conference of the Jewish Institution for National Security of America, a think tank based in Washington, Dermer said that the idea was endorsed by the IDF chief of staff Aviv Kochavi and National Security Adviser Meir Ben Shabbat, as well as Prime Minister Binyamin Netanyahu.

Dermer added that he believes that senior members of the Trump administration and some senior senators are “positively inclined” to accept the idea.

No comment on this idea has so far come from the Trump administration officials or the IDF spokesperson.

The ambassador said, “There is serious interest on both sides,” adding that “such a treaty would provide Israel with an additional layer of deterrence against the most extreme threats.” Responding to concerns that a defense treaty with the US would “inhibit Israel’s free of action,” Dermer stressed that the Jewish state “must never and will never agree to a defense treaty that ties our hands.”

On Sept. 14, President Donald Trump tweeted that he had discussed “the possibility of moving forward with a Mutual Defense Treaty” during a phone call with Netanyahu. He said that it would “anchor the tremendous alliance between our two countries.”

However, Benny Gantz, leader of Kahol Lavan, the party that is fighting to replace the Netanyahu government in Jerusalem, is dead against a formal US-Israel mutual defense treaty, claiming it would be “a serious mistake” with the potential for damaging Israel’s security. Gantz argued that such a treaty would require Israel to “coordinate our security with the United States,” and went on to declare: “This is not what we want. “We haven’t asked anyone to be killed for our sakes, we haven’t asked anyone to fight for us, and we haven’t asked anyone for the right to defend the State of Israel.” These comments by Prime Minister Netanyahu’s foremost rival were highlighted and reported at length by Russian news media.