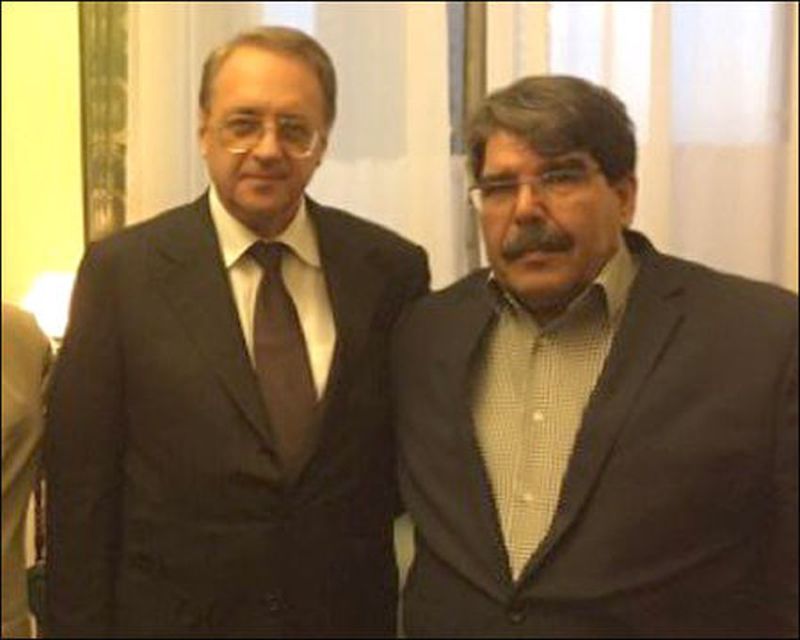 Moscow put a straight question this week to the leaders of the Syrian PYD party and its YPG militia: Do you still want to stick to your reliance on American promises, after seeing how they threw the semiautonomous Kurdish region of Iraq and its Kirkuk oil assets to the wolves? Can’t you see you would be better off by throwing in your lot withRussia?

Revealing this exchange, DEBKA Weekly’s sources stress that the Russian move on the Syrian Kurds was not left to lowly officials, but entrusted to the powerful Russian Deputy Foreign Minister, Mikhail Bogdanov, Special Presidential Envoy for the Middle East, who is respected in government and military circles as the architect of President Vladimir Putin’s strategy in the region.

Bogdanov’s assignment and his visit to the Kurdish town of Qashmili in northern Syria this week attests to the importance the Kremlin attaches to winning the Kurds round as a prime asset, and seizing a fast gain from the downfall of Iraq’s US-supported Kurds.- both in influence and control of oil.

Qamishli’s population is divided between Kurds sympathetic to the US and Syrian militias who stayed loyal to Bashar Assad.

Rojava is the name Kurds use for the three northern Syrian cantons they control, home to some 2.5 million Kurds, who constitute 12-15 percent of he Syrian population.

The Russian envoy’s pitch runs along these lines: You were responsible for bagging Raqqa from ISIS for the Americans, a really nice feat, but while you were faithfully serving US interests, Washington was betraying your Iraqi brothers and leaving them to the mercies of Iraq and Iran. Do you still want to cooperate with the Americans when you know deep down that they will eventually betray you too?

Don’t forget, he will have said, the Americans not only lost out in the Iraqi-Kurdish showdown, they were ready to surrender to Iran from the start. US companies, notably, the US oil giant Chevron, suspended operations in Iraqi Kurdistan as soon as the conflict began – whereas Rosneft, in striking contrast, announced it was ready to take charge of the Kurdish oil industry in Iraq. That was the only way Moscow could be sure that Kirkuk oil would wind up in Kurdish hands if the right political and military conditions were in place.

As another lure to come over, the Russian envoy offered the Syrian Kurds guarantees for the defense of their three cantons against threats from the Syrian army, as well as from the Turkish army.

He promised that their autonomous status would be preserved and that Assad would not be allowed to interfere in their affairs. Bogdanov told the Kurds that Assad was exhausted from fighting a war and, even if he wanted to fight them, he lacked combat strength. The Syrian ruler therefore preferred to work with his Kurdish compatriots, and together dislodge the American military presence in his country while shielding it against the Turkish peril from the north.

The Kurds were persuaded by Bogdanov’s assurances to kick off their new partnership by on the spot giving up the Conoco gas field, one of the gas and oil fields they captured from the Islamic State in the eastern Syrian region of Deir ez-Zour, east of the Euphrates River. Under this fast-moving deal with Moscow, the Kurdish YPG withdrew from the field just days after leading the US-backed Syrian Democratic Forces (SDF) in its capture.

Syrian troops, along with their Hizballah sidekicks, took over instantly. Earlier, under a US-Russian deal, the Syrian Kurds had gained control of Syria’s biggest oil field at Al-Omar, which they considered a bigger prize than the gas field.

Like most actors in the region, Syria’s Kurds are keeping open bridges to the US and Russia alike. They are afraid to rely solely on Washington, after their brothers in Irbil were ditched. With both powers in play, they hope to win the autonomy lost to the KRG in Iraq.