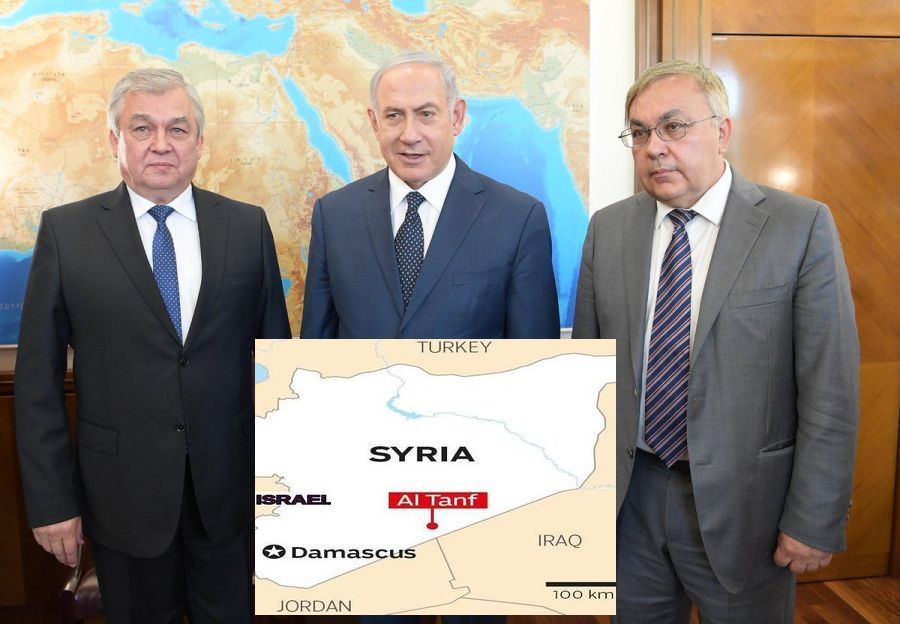 Iran’s removal from Syria is a non-starter until the Americans pull out. This is the message two high-ranking Russian officials were to hand Prime Minister Binyamin Netanyahu in Jerusalem on Tuesday, Jan. 29.
The message from President Vladimir Putin was carried to Jerusalem by Russian Deputy Foreign Minister Sergey Vershinin and special presidential envoy for Syria Alexander Lavrentiev. While Moscow described their mission as part of a joint Russian-Israeli effort to reach common solutions to the political and military problems arising in Syria, their Israeli hosts understood that Netanyahu was being asked to use his influence with US President Donald Trump and his White House advisers to get American troops out of Syria with all possible speed. In fact, Messrs. Vershinin and Lavrentiev had hardly unpacked their bags on Monday when they confronted Foreign Ministry Director General Yuval Rotem with a demand for Israel to push Washington into abandoning the Marines base at Al Tanf.

Moscow first raised this demand six months ago. It also comes up whenever President Putin or his foreign minister Sergei Lavrov meets President Trump or any American military or diplomatic officials – so far without eliciting a clear answer. The only White House formulation is that Al Tanf’s eventual evacuation will take place as part of the comprehensive American troop pullout from Syria, which is not imminent.
Al Tanf is the key to the plans and interests of Moscow, as well as Iran, Israel and Jordan, because it sits at the heart of a 55-km enclave of southeastern Syria which controls the junction of the Syrian, Iraqi and Jordanian borders. The US garrison therefore stands in the way of the entry of Iranian-backed Iraqi Shiite militias into Syria. Washington has not yet decided whether to make the US base at Al Tanf permanent or eliminate it. Israel and Jordan are urgently pressing the Americans to stay there.
Moscow, in bidding for Israel’s intercession with the Trump administration, is hobbled by failing to comply with Putin’s promises to Trump and Netanyahu in 2017 with regard to limitations on the Iranian presence in Syria. In fact, ever since then, under the noses of the Russian command, forces loyal to Tehran, including Hizballah, have been edging closer towards the Israeli and Jordanian borders.

Therefore, Putin’s two emissaries will no doubt hear the prime minister reply to their request by saying that, before discussing Al Tanf, Israel wants to see Moscow upholding its commitments. DEBKAfile’s sources sum up the Israeli position as centering on three demands:

The Russians have picked up on voices in Israel who advise the prime minister and IDF Chief of Staff Lt. Gen. Aviv Kochavi to switch their orientation.  Israel’s military actions for driving the Iranians out of Syria – however effective, they say, will not fully achieve their goal unless Moscow takes a hand and intercedes politically with Tehran. This view was first aired publicly on Monday, Jan. 28, by a former Israeli Air Force chief, Meir Eshel. He was the first high-ranking Israeli military officer to say plainly that Israel would be better off relying on Moscow than on Washington to achieve its objectives regarding Iran and Syria.