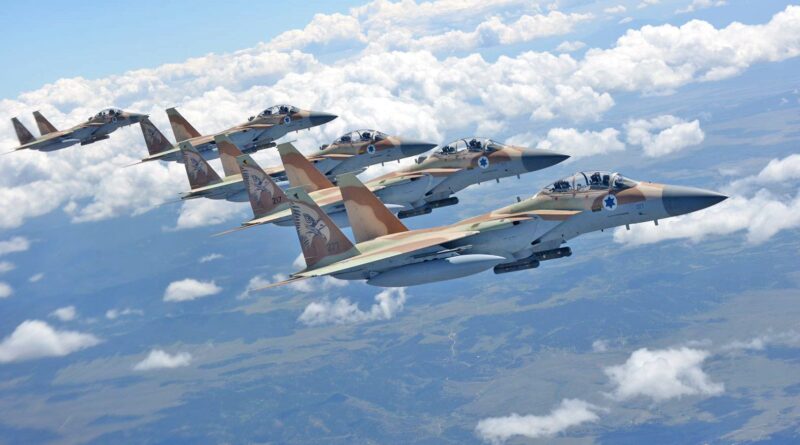 Moscow confirms DEBKAfile’s exclusive of July 21, (Putin steps away from deal with Netanyahu for a blind eye on Syria air strikes), according to the Saudi publication Sharq al Awsat. Our sources revealed that the Russian military had for the first time referred to an Israeli raid over Syria that targeted a research center in Aleppo, followed by a missile strike at a site for Iranian forces in al-Qusayr. In his detailed comment the Russian official stressed that Russian-made systems had downed “seven of eight guided missiles” fired by Israeli F-16 jets in the first raid and destroyed “all the missiles,” in the second on the 19th and 20th of July.

The Russian Defense Ministry, which has never before commented on Israeli raids, followed up with a statement citing “continuous attacks on Syrian sovereignty.” Both statements emphasized “the success of Syrian air defenses in confronting those attacks.”

A “well-informed Russian source” talking to Asharq Al-Awsat directly attributed this new Russian handling of Israel’s long air offensive against a permanent Iranian military presence in Syria to “talks launched with the United States following the first summit between Presidents Vladimir Putin and Joe Biden last month.” He said, “Moscow received confirmation that Washington does not welcome the continuous Israeli raids.” The fact that all the launched missiles were destroyed indicates a fundamental change in handling this issue, the Russian source inferred. He noted Israel’s air force did not enter Syrian airspace but launched missiles from neighboring lands, at the expense of their effectiveness. However, he said, the heightened rhetoric from Moscow was directed against any Israeli military action “targeting Syria’s sovereignty, and in violation of international resolutions.”

These developments reflect a shift in Moscow’s views on the Israeli attacks and indicate that Moscow has “run out of patience” because “Tel Aviv continues to ignore Russian calls to set clear rules.” The Russian source believes there are political developments and opening channels of dialogue with the US which have removed a significant obstacle, noting that lack of communication had previously complicated the matters with Washington.

The Saudi paper’s reporting follows DEBKAfile’s disclosures, but also shows the ground shifting in Washington as well as Moscow with regard to Israel’s systematic aerial campaign against Iran’s presence across its northern border. This question is now under discussion between the two powers.