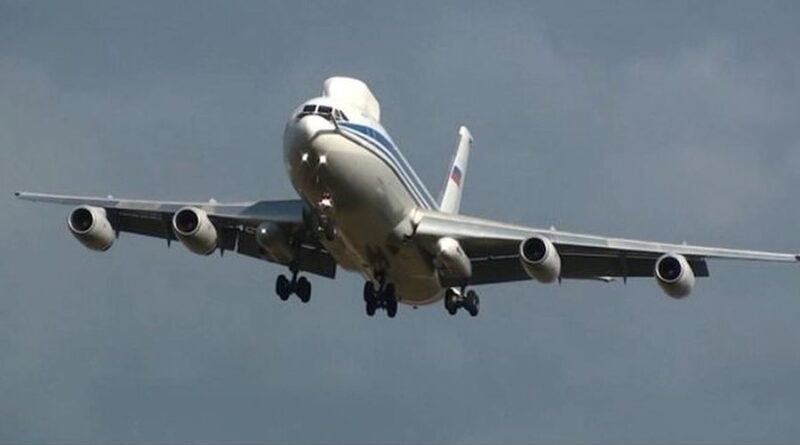 The Il-80 exhibited on Wednesday, May 4, in the rehearsal for the May 9 Victory Parade was designed as a flying command post for President Vladimir Putin to lead a nuclear war – hence its designation as the “doomsday plane.” It was escorted by eight Mig-29 fighters forming the letter Z, the symbol of the Russian Ukraine operation. May 9 marks the anniversary of Russia’s defeat of Nazi Germany and an important day on its national calendar.

Kremlin spokesman Dmitiry Peskov dismissed speculation that Putin was planning to formally declare war on Ukraine – currently defined as “a special military operation” – and call for full mobilization. However, the IL-80’s appearance (see photo) on one of Russia’s most significant national days is loaded with dire significance, indicating that Russia would not hold back from using nuclear weaponry if necessary to attain victory in Ukraine.

On Wednesday, Alexander Sladkov, the prestigious Russian war correspondent covering the war, advised Moscow to take a leaf out of the American book. The US ended the second world war with Japan by dropping nuclear bombs on Nagasaki and Hiroshima. By turning some provinces of Ukraine into a huge crater, Mocow could eliminate the threat posed by 40 nations replenishing Ukraine’s arms supplies, he said. Other Russian military correspondents commented a week ago that the UK by arming Kiev is playing with fire, noting that a a single Smart 2 supersonic ICBM dropped near the coast of England would send a 500m high tsunami flooding the British Isles and create a radioactive wasteland.

Defense Minister Sergei Shoigu warned: “We view any transport of NATO arriving on the territory of the country with weapons or materials destined for the Ukrainian army as a target to be destroyed.” His warning was accompanied by heavy Russian bombardment that wiped out half a dozen rail stations and tracks through which NATO had been transporting arms to Ukrainian forces.

This escalation was accompanied by a sharp downturn in Moscow’s Israel policy. Foreign Ministry spokesperson Maria Zakharova claimed that Israeli mercenaries were fighting in the ranks of the far-right Azov Regiment, which Moscow has termed “neo-Nazi.” As she spoke, a high-ranking Palestinian Hamas delegation arrived in Moscow for talks on the situation in Jerusalem. That Russian officials were willing to discuss with Israel’s declared enemies the situation in its national capital, in particular Temple Mount, which the Palestinian terrorists ruling the Gaza Strip use as a pretext for anti-Israel aggression, was taken by the Israeli government as a major affront by the Kremlin.  Hamas leaders Abu Marzouk, Fathi Hamad and Hassan Badran are to be received by deputy foreign minister Mikhail Bogdanov, senior official for the Kremlin’s Middle East policy, and invited to present their case to Russian lawmakers at the Duma.