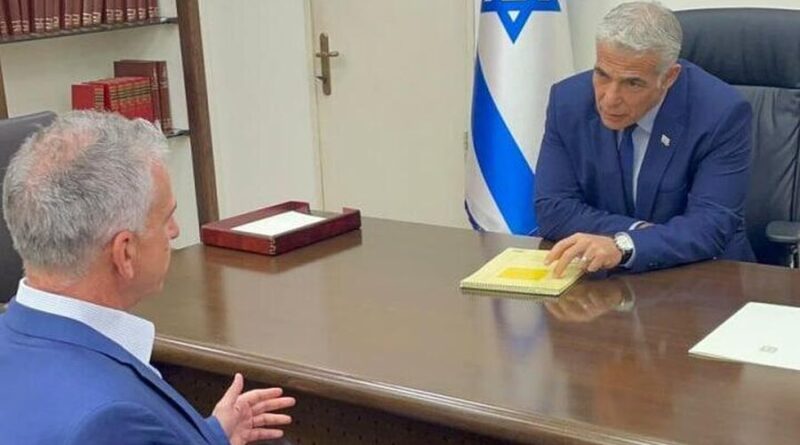 Mossad Director Dedi Barnea countered optimistic remarks by the officials, back from Washington last week after making an urgent bid to ward off the damage contained in the nuclear accord with Iran before the US signs. It is a “bad deal,” they said, but the Biden administration may still be amenable to some adjustments.

Barnea, however, harshly denigrated the deal on the table as “a strategic disaster” when he met a small group of reporters after briefing the Prime Minister and other high officials on the true state of play. Israel’s spy chief, who leads the national intelligence effort, did not use the term loosely. A “strategic disaster” was last mentioned 49 years ago when Israel came perilously close to being defeated in the Yom Kippur War.

In Barnea’s view, Iran is one-to-three months away from reaching a nuclear threshold. The current accord is not much different from the 2015 original and would not stop Iran’s nuclear program reaching its goals by 2026 when the “sunset clause” would free Iran’s nuclear program from any commitments. Meanwhile there was no bar to Iran developing the ballistic missiles for delivering a nuclear bomb.

The lifting of sanctions would moreover release a multibillion-dollar bonanza for funding Iran’s nuclear program and fueling its region-wide campaign of terrorism carried forward by Hizballah, the Palestinian Islamic Jihad, Hamas, the Yemeni Houthi insurgents and the pro-Iranian armed militias. And not only against Israel. The United States would be challenged by the Revolutionary Guards Al Qods force. Other states in the region would possibly try to emulate Iran as their model and Israel would encounter mounting obstacles in dealing with the empowered, enriched Iranian challenge.

In the Mossad chief’s view, the deal about to be signed is not much different from, but worse than the original format signed by the world powers in 2015, although the world has changed and Iran has made notable advances in developing high-speed centrifuges [for covertly enriching high-grade uranium]; and new technologies for updating their military prowess.

Signing while the IAEA’s files remain open is, in Barnea’s view, the most deleterious concession Washington is ready to make for bringing Tehran aboard. Accepting Iran’s refusal to come clean on three sites where the atomic agency inspectors happened on unexplained radioactive particles, on top of its consistent lies on the subject, further intensifies foreboding about Iran’s plans.