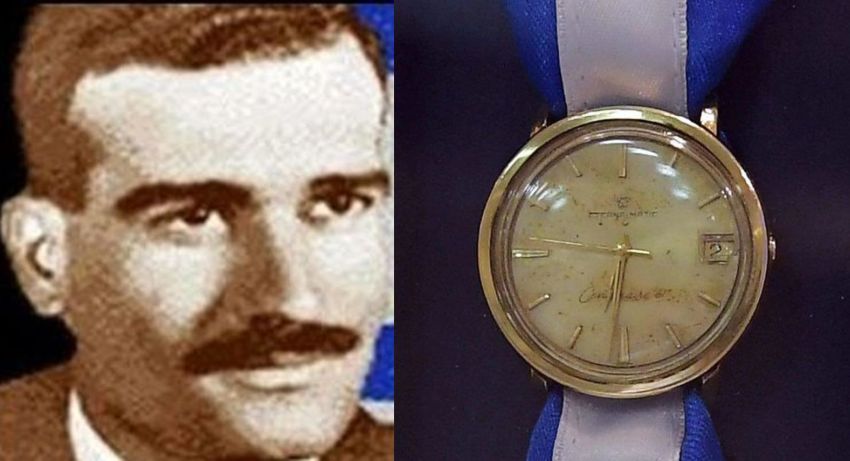 Eli Cohen performed brilliant undercover work in Syria, quickly winning friends in the highest military and political circles. From 1962, he climbed the ranks of the Syrian defense ministry to become the minister’s top adviser. In 1965, he was caught and hanged as an Israeli spy. But by then, he had helped the IDF prepare for the 1967 war with information on the Syrian Air Force and army positions on the Golan. As Mossad Agent 566, Egyptian-born Eli Cohen sent his messages in encrypted French through a miniature radio transmitter.

The Syrian authorities took charge of his personal effects. The wristwatch he wore was found and recovered in a recent Mossad operation and presented to Eli Cohen’s family during a ceremony held in his honor a few weeks ago. This moving memento is on display at Mossad headquarters and will be handed to his family.

Mossad director Yossi Cohen said the fallen spy’s memory is part of Israel’s heritage. “We remember Eli Cohen and do not forget. His heritage of dedication, determination, courage and love for the homeland, is our heritage. We remember and stayed close to his family, his wife Nadia and their children.”