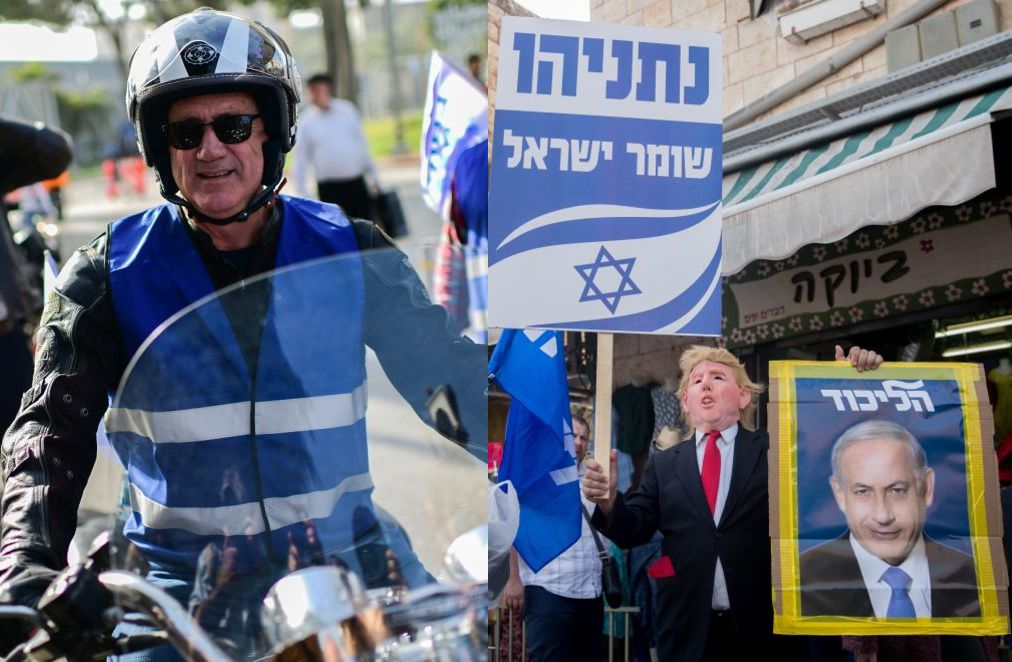 Get set for an April surprise! This is what 6,333,270 million eligible Israeli voters are preparing on Tuesday for the two champions, Likud’s Prime Minister Binyamin Netanyahu, and challenger Blue-White’s Benny Gantz.

The size of the turnout is the key. It is not expected in 2019 to reach the high 72.3pc of four years ago, if only because around 50pc of Israeli Arab voters have decided to opt out of the election. The Arab vote constitutes around 16p of the total electorate.
An April surprise can already be surmised from the skepticism prevailing in the country. The average Israel says he doesn’t’ believe the party leaders and their election promises, or trust the polls and, least of all, the media coverage of both. The cynical Israeli voter was hardly impressed by the sight of Benny Gantz clad in blue-white leathers astride a motorbike zooming through the streets of Tel Aviv on Sunday to push his message that “Netanyahu’s day is over.” Even if he is proved right, he is in no position to declare that Gantz’s day has dawned. That is the sole prerogative of the Israeli voter.
As for the incumbent, Netanyahu may have gone too far in pledging sovereignty for all the Jewish communities of Judea and Samaria (West Bank), because this is one pledge he knows he cannot honor. This week, his good friend in the White House, Donald Trump, DEBKAfile’s Washington sources reveal, advised Netanyahu to abjure these slogans because they are unrealistic as far as the US administration is concerned. He would do better, the White House says, to focus on setting up a post-election government coalition that will leave the situation as is. The Likud leader has therefore switched his focus from seeking a right-wing bloc to mustering votes for his own party.

Trump’s comment to a Jewish Republican Audience on Saturday that the election “is going to be close. two good people,” was not spontaneous. It was prompted by his expectation of one or the other of the two rivals leading a unity government.