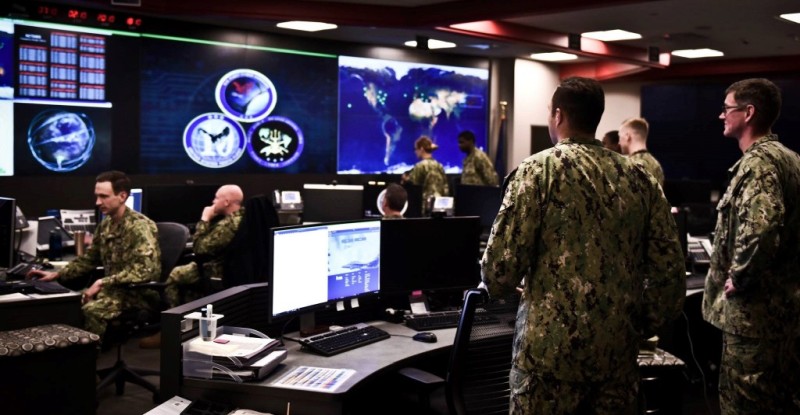 By hobbling Iran’s computers with clandestine cyber operations and crippling its economy by sanctions, US President Donald Trump is banking on changing Iran’s conduct in the region and bringing it to the table – without dragging America into a shooting war. The cyber war is planned to be covert and unattributable, like Iran’s sabotage operations in the past month against US regional allies and interests. However, the first cyber operation, which took place on June 20, shortly after an Iranian missile downed a US spy drone, was widely reported – albeit without attribution or proof.

For this strategy, DEBKA Weekly’s military sources report, Trump has quietly taken his offensive against Iran out of the hands of the military and passed it from the US Central Command to the US Cyber Command. This arm of the Pentagon is assigned to operate clandestinely in concert with the CIA. The former will aim at disabling the computer systems of Iran’s missile commands and batteries, as well as disrupting other military assets like the engines of the Iranian Revolutionary Guards speed boats used in the strikes on Gulf oil tankers. The CIA’s special forces will strike essential utilities and foment civil unrest to undermine national morale. Both will additionally strike at Iran’s regional proxies, especially the Iraqi pro-Iranian Shiite militias and the Lebanese Hizballah.

When the first ever cyber war was launched by the US against Iran, after the downing of an American drone, the Trump administration quickly discovered this form of warfare to be far from plain sailing. DEBKA Weekly notes some of the most glaring drawbacks:

1. Although the US president ordered it kept under wraps, the operation was leaked widely to the domestic media? Were the leakers trying to cover the embarrassment of his decision to recall the US forces on their way to retaliate for Iran’s shooting down of a US drone? Or was Iran being put on notice that more acts of aggression would bring a cyber war down on its head? Whichever motive sprung the leak the clandestine advantage was lost.

2. The weightiest tactical difficulty facing cyber warriors and covert forces is the location of targets. Nuclear reactors, power stations and computer systems of large institutions can be trusted to stay put at permanent addresses. Not so mobile rocket launchers and moving command centers, which have to be tracked down and pinned down fast for targeting, before they move on to an unknown location.

The North Koreans learned their lesson after 88 percent of their rockets were intercepted by US cyber weapons – either in mid-launch or hobbled before lift-off. By the second half of 2018, Kim Jong un had, with help from Beijing, fixed the problem:

(a) The large North Korean missile units were broken up into small mobile entities, so that hostile elements seeking to de-activate the weapons must first hunt them down.

(b) Pyongyang moved its cyber warfare centers, parts of its missile commands and units and elements of its armed forces across the border into China, taking Kim’s most valued military assets out of harm’s way. An American attack on those assets on Chinese soil is not a realistic option. Furthermore, the bulk of North Korea’s population is not linked to the internet or any computer networks and so the rest of the country is virtually immune to hostile cyberattack.

3. There is no evidence of Iranian missile commands and batteries being moved outside the country, although Tehran seems to have begun reorganizing ballistic and surface-to-air groups into smaller, mobile units. This change would pose major difficulties for pinpointed US cyber assaults. A better option might be to infiltrate the Iranian missile supply chain from production lines through underground stores up to launch sites.

Iran has prepared for a cyber warfare in a couple of ways: a large number of secret command centers have been scattered widely across the country and stand alone, cut off from sharing network links. One of those centers was apparently targeted for cyberattack after the US drone was shot down. Why it was not attacked before the shootdown instead of after is an enigma. Tehran has additionally established cyber warfare centers abroad at secret locations in West Europe and Central Asia. Signs of their presence there were recently picked by Western and Israeli intelligence.

4. The Trump administration’s prime target is bound to be supreme leader Ayatollah Ali Khamenei and his close circle, as the ultimate and unchallenged source of decisions and policy in the Islamic Republic. The US president did not seriously believe his own comment after the shooting down of the drone, that it “could have been somebody who was loose and stupid that did it.” He must know that Khamenei’s control is allembracing and his hand reaches into every corner of the government and life in Iran. And indeed, on Monday, June 24, Trump announced the first ever sanctions to be imposed on the supreme leader and his close circle.

There was certainly nothing “loose” about the carefully prepared ambush which downed the US drone. Not all the information about how the drone was caught has been released, including how the drone’s American ground control in the UAE and the US P-8 spy plane flying alongside it failed to detect the trap.

5. US officials are also cagey about how an Iranian missile homed in on a US RQ-4A Global Hawk High-Altitude, Long Endurance unmanned Aircraft System, the biggest drone in the world.

6. This chain of events recalls a previous US misfortune from December 2011, when the Iranians assisted by Chinese cyber experts found a way to seize control of the satellite computers managing the US RQ-170 Sentinel and bring the top-secret stealth drone down intact with its secrets. 7. It must be taken into account that Iran will not stand alone against a cyber war launched by the United States. Neither Russia nor China will resist the chance to take a hand in the first comprehensive cyber war in military history. By coming to Tehran’s aid, the two powers will use the opportunity to test their own offensive cyber weaponry for the first time against the US in real combat conditions.