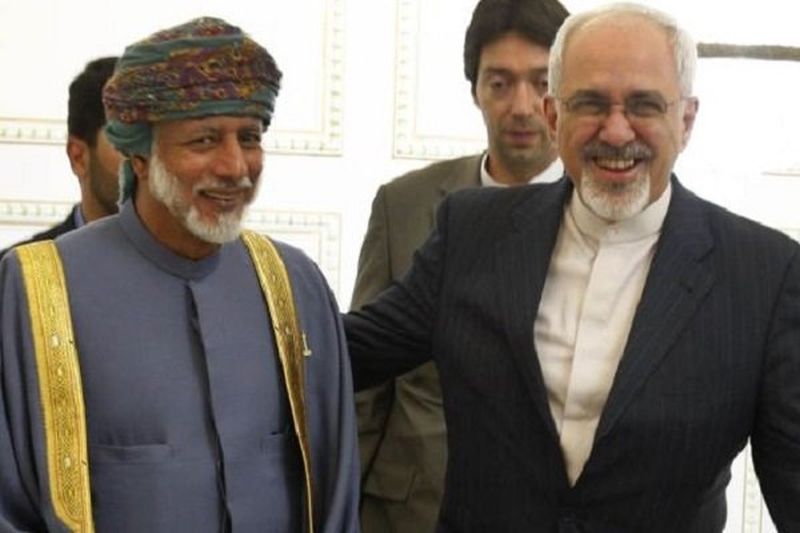 There was a reason why the Yemeni Houthi insurgent faction located its first ambassador to Iran, Ibrahim Al Dailami, Director of their Al Masirah news channel, in Oman’s capital of Muscat, with only occasional visits to Tehran.

This city of 1.5m inhabitants on the Gulf of Oman, is one of the most exotic places in the world by virtue of its picturesque mix of ancient Persian and Arabian architecture and glorious mosques. It has also been since the 1st century an important trading port between West and East. Muscat’s hybrid culture and history make it the perfect habitat for secret diplomacy between warring powers, helped by a skilled go-between, Oman’s Foreign Minister Yousef bin Alawi bin Abdullah.

A polished diplomat at 74, Alawi met the incumbent Sultan, Qaboos bin Said al Said, for the first time in 1970 during the latter’s coup d’etat against his father. Alawi was then working and studying in Kuwaiti exile as an Omani dissident and pro-secessionist. When Qaboos came to power, he invited all dissidents to return home and help him rebuild Oman. Alawi, who climbed the ladder after serving as ambassador in Beirut, was appointed foreign minister in 1997.

Yusuf Alawi’s main feat was to broker the talks between the Obama administration and Iran from 2013 which culminated in the nuclear accord Iran signed with six world powers in 2015.

When Donald Trump entered the White House as president in January 2017, he initially shunned the Omani mediator, finding him hard to trust with secret diplomatic missions in view of the close ties he developed with the Obama administration. Trump preferred to use Swiss and Iraqi go-betweens for his first contacts with Tehran (as DEBKA Weekly revealed in previous issues). It was only in last July that the US president decided to close the Swiss and Iraqi tracks and entrust the mission to Yusuf Bin Alawi. (See DEBKA Weekly of Aug. 2: Washington Opens 3rd Talking Track with Tehran, Winds down 1 ad 2).

Since Alawi entered the picture, a dialogue has developed between Washington and Tehran, although it is still tied down by figuring out Iran’s conditions for opening direct talks, either overt or secret, and the level of the negotiators. For now, Trump refuses to give any ground on sanctions regime against Iran – in the same way as he sticks to this line with North Korea – while Iran is equally insistent in demanding sanctions relief before taking the talks any further.

The last message the Omani foreign minister carried to Washington was Tehran’s warning to the US on Aug. 18 not to touch the Iranian tanker Grace 1 after its release by Gibraltar under a new name Adrian Darya 1, lest Iran go back full blast to an offensive on Gulf oil tankers and targets and break off all contacts with the Trump administration.

Washington has yet to respond directly to this threat. But has meanwhile struck out, with Alawi as mediator, in a second secret channel with Tehran. They are now discussing ways of cooperating in Afghanistan for the withdrawal of US troops.

The Trump administration is also keeping the Omani foreign minister busy managing another track. Quiet talks with the US opened last week with the Yemeni Houthi insurgents, whose war has been armed and backed from Tehran. Washington hopes to terminate the Yemen civil war by getting the Saudis and the Houthis into direct talks.

The Yemeni rebel leaders have done their best to convince the Americans that they are not in Iran’s pocket and in fact most of the Iranians serving in Yemen have gone home, leaving behind just 80 people, most of them diplomats at the Iranian embassy in Sanaa. The Houthis declared that their ongoing missile and drone attacks on Saudi Arabia were directed at bringing the Saudis to the table. Once that happened, the attacks would stop, they promised.

A parallel channel opened last week in Muscat, also chaired by bin Alawi, between the US and the Yemeni separatist Southern Transitional Council (STC), whose army has just conquered the southern port of Aden and ousted Saudi forces from the region. Here, too, Trump administration diplomats hope by this conversation to bring about a Saudi-STC accord. They believe that if Saudi-Houthi negotiations can be started over northern Yemen and rounded off with Saudi-STC talks for the south, the Yemeni civil war can be brought to an end.

On the latter score, US officials are optimistic. They have been watching the Saudi Crown Prince Muhammad bin Salman (MbS) angling for control, even indirect, over the Al Mahrah governorate of Yemen in southern Arabia, which shares international borders with Saudi Arabia and Oman. The prince is revealed by DEBKA Weekly’s sources to have hatched a secret plan to run a new pipeline from the east to southern Yemen and the Gulf of Oman. This would complement the pipeline moving oil from the east to the western Saudi port of Yanbu. The two pipelines would save the kingdom having to rely on passage through the Strait of Hormuz for bringing its oil to export markets.