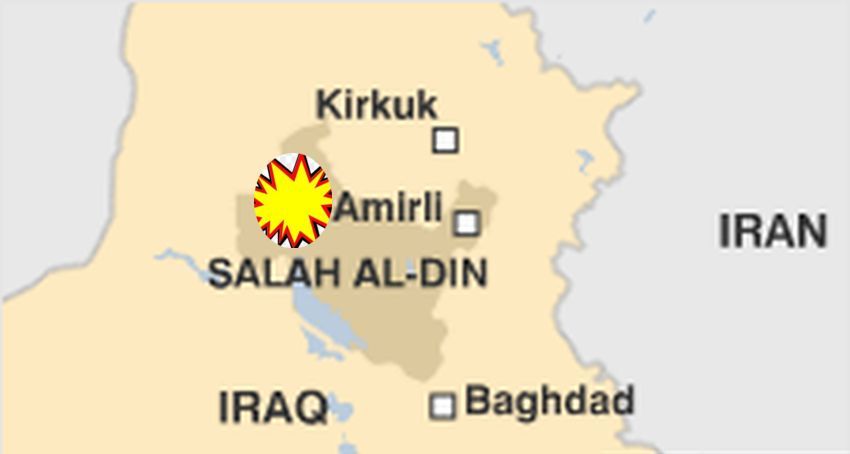 The edgy US-Iranian conflict took a new turn on Friday, July 19, with the anonymous drone attack on the pro-Iran Hashd Shaabi’s 52nd Brigade camp outside Amerli, a town in the Iraqi province of Salahudin northeast of Baghdad. Up until then, the targets of this measured, no-casualty conflict were Gulf oil objects and drones.  The attack on the Iraqi Shiite militia was in a different class. This time, multiple casualties were reported, including Hashd Shaabi officers and fighters as well as Iranian and Lebanese Hizballah officers and technicians.

Local Sunni tribesmen attested to the camp serving as a transit station for ballistic missiles smuggled from Iran and apparently destined for the Iraqi Shiite militias fighting in Syria and for Hizballah. Other locals described the targeted site as an assembly plant for missile component smuggled from Iran in refrigeration trucks for transporting perishable food.

The attack itself on a military facility lying 110km northeast of Baghdad bears professional military fingerprints provided with good quality intelligence. This is indicated by the operation being conducted in two stages. In the first, an unidentified drone wrecked the buildings. Half an hour later, another unmarked drone made sure the buildings were razed to the ground while also liquidating the first responders coming to the site of the attack.

DEBKAfile’s military and intelligence sources report that some local witnesses had video clips taken two days earlier, which showed an aircraft identified as a US B350 reconnaissance plane making several passes over the area. This top-secret aircraft has served US special forces in counter-terror operations around the world. Its presence with special American forces in Iraq was discovered when one of them crashed in 2016.

On Friday, US officials firmly denied any American role in the attack on the Hashd Shaabi’s 52st Brigade. It occurred at the same time as the USS Boxer amphibious assault vessel shot down an Iranian drone over the Strait of Hormuz. Still, US intelligence support to the assault cannot be ruled out; or even the transfer of intelligence to the party responsible after the plan of attack was presented to Washington.

This scenario would turn the finger of suspicion towards Saudi Arabia, which has a score to settle for the explosive drone which flew in from Iraq in mid-May and damaged a key pumping station on its East-West oil pipeline. Both Riyadh and Washington are unlikely to countenance Iran opening a new front from Iraq in the north on top of the assaults coming from Yemen in the south.
Another theory attributes the attack to Israel, which has put Tehran on notice that the deployment to Iraq of ballistic missiles for aiming at targets on its soil would not be tolerated.
The military connotations of the drone strike on the Iraqi Shiite militia are more far-reaching that the Revolutionary Guards’ seizure of  the British Stena Impero tanker in the Persian Gulf. In the latter case, it is highly doubtful that the US or the UK, which is sunk deep in political crisis, will launch a military operation for its release, whereas the former revealed that an armed conflict proper, to which none of the parties admits responsibility, was being waged on the brink of their “quiet war.”