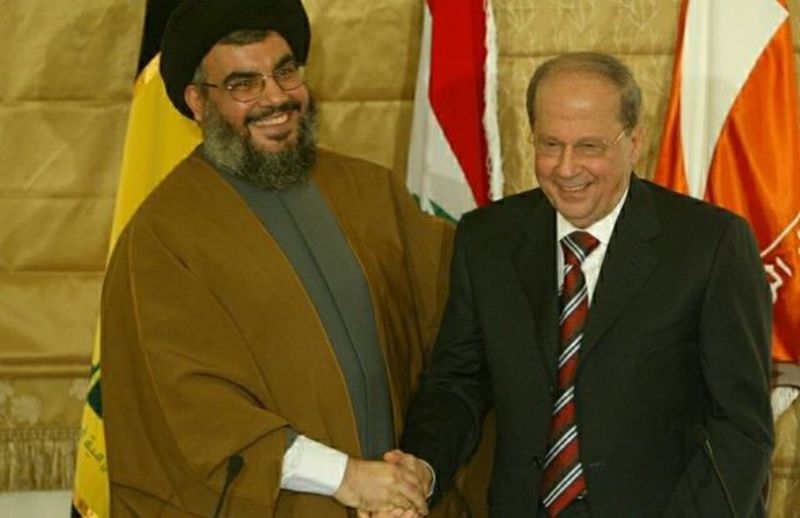 The Lebanese Shiite Hizballah terrorist group has grown into Israel’s most direct menace – both by dint of the improved rockets Iran has fed into its arsenal and by its leader’s unchallenged potency in Beirut.

For Israel, too, Hassan Nasrallah has become a hard nut to crack, since emerging as a military power in his own right. Commander of the biggest terrorist organization in the Middle East – a 35,000-strong army of combat-seasoned regular and reserve fighters – he has at his disposal 130,000 rockets and missiles. Hizballah far outguns the Lebanese and many other national armies and is backed by two governments, the Islamic regime of Iran and the Assad regime of Syria.

For years, Israel’s government and army spokesmen tended to play down Hizballah’s capacity as a serious threat and depicted Nasrallah as a weak leader, a proxy of Tehran and totally under its thumb. After the 2006 Lebanese war, their last direct confrontation, Israel dismissed him as badly beaten and forced to hunker down in a fortified bunker under close guard in fear of Israel’s long arm.

This picture may have been partly true but only for a while. Hizballah and its leader have meanwhile reinvented themselves. By plunging into the Syrian civil war in 2014, Hizballah changed its face and capabilities from end to end. Nasrallah’s army fought for Bashar Assad for five years, alongside Russian, Iranian and Shiite militias from Iraq, Afghanistan and Pakistan. Its role was pivotal to the Syrian military victory over Sunni rebel forces and acted as a strong prop for Assad’s personal survival.

Way past its 2006 defeat, Nasrallah’s terrorist army is triumphant and toughened by hard fighting, and the acquisition of a strategic hinterland outside Lebanon. Hizballah today owns a wide strip of land some 375km long and 10-30km deep inside western Syria up to and including most of the lands adjoining Lebanon. There, Hizballah maintains important bases and training facilities. Therefore, in order to take Hizballah down, Israel would not only have to fight the Lebanese terrorists on their home ground but also in their Syrian bases.

On Saturday, Jan. 26, Nasrallah finally broke his two-month silence over Israel’s Northern Shield operation for blowing up his cross-border tunnels (Nov.4, 2018-Jan. 13, 2019) and declared in a speech: “There is no target in Israel that Hizballah missiles can’t reach.”

DEBKA Weekly’s military sources say this was no idle threat. Since mid-2018, the Hizballah arsenal has been substantially upgraded. Iranian-supplied guidance systems are being fitted onto 4,000 of its medium-range missiles, cutting down their margin of error to 5-10 meters. Now, from across the Lebanese border, they can pinpoint essential elements of Israel’s strategic infrastructure, such as airports, power stations, refineries, main medical centers, water desalination plants, transport hubs, and its offshore Mediterranean gas rigs.

Last week, shortly before the Nasrallah speech, Prime Minister Binyamin Netanyahu phoned French President Emmanuel Macron and asked him to receive a top-ranking Israeli delegation led by President Reuven Rivlin and Air Force chief Maj. Gen. Amikam Nurkin. They would put before French Air Force and Intelligence officers maps showing the locations of the Hizballah plants in Lebanon and Syria where its Iranian missiles were being outfitted with new guidance systems. Netanyahu wished Paris to pass the warning to Hizballah to dismantle those plants, or else Israel would bomb the missiles.

Thisplan did not work out. On Sunday, Jan. 27, after the Israeli delegation returned from Paris, Lebanese government sources disclosed a notice from Macron that he would call off his Beirut trip if the formation of a Lebanese government remained stalled.

Israel’s last diplomatic pathway to Hizballah had dried up and no alternative was in sight – which is exactly what Hassan Nasrallah intended, DEBKA Weekly’s intelligence sources report.

At the age of 60, Hizballah’s leader has managed to disable national government as the appropriate address for contracting business with Lebanon, elevating himself as the sole center of power and decision-making in the Lebanese capital. He has been able to blend the national power structure with his own organization and merge Lebanon’s national interests with the goals of revolutionary Tehran and the ruling regime in Damascus. Nasrallah rules the roost through a triumvirate of officials he has put in place at the top of Beirut’s official hierarchy. It is composed of the Christian Maronite President Aoun, commander in chief of the Lebanese army Gen. Joseph Aoun, and the president’s son-in-law, Foreign Minister Gebrane Bassile.