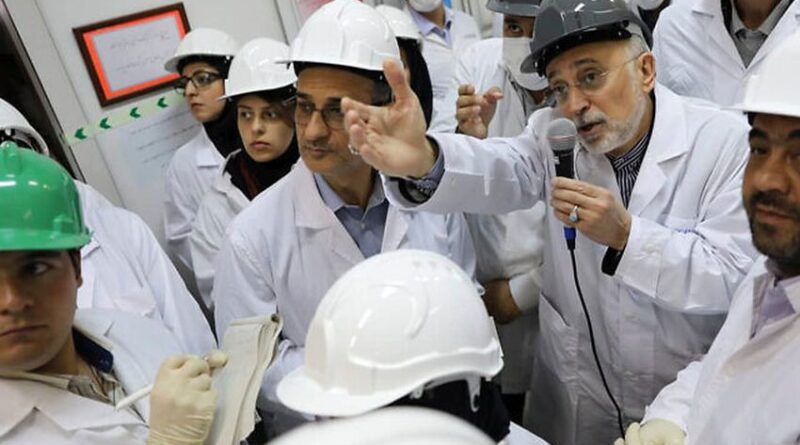 The attack on Iran’s nuclear center at Natanz on April 14 totally destroyed two of its three uranium enrichment halls operated by advanced centrifuges, DEBKAfile’s military and intelligence sources report.  Even the third the centrifuges have been put out of action by the cutoff of a steady power flow.

Our sources also reveal that the explosive material which caused the blast was planted there two years ago and awaited a remote signal to detonate. Contrary to Iranian President Hassan Rouhani’s claims on Monday that the attack caused only minor damage and just disrupted the old centrifuges, our sources disclose a different reality. Iran is now unable to move enrichment up to the 60pc grade as Tehran boasted because most of the advanced IR-6 centrifuges with that capability were wrecked in the blast.

This serious setback has caused a major rift in the Tehran regime, including the Revolutionary Guards leadership. Atomic energy chief Ali Akbar Salehi, who is close to supreme leader Ayatollah Ali Khamenei, is being bombarded with angry accusations. He is blamed for failing to seriously address the security aspects of the nuclear program’s key facility and abandoning it to hostile penetration. How did a large explosive charge come to be planted in the heart of the facility and, moreover, be allowed to repose there unnoticed for two years? He is asked. How could this happened just nine months after the first hit on Natanz wrecked the main centrifuge produce hall?

Iran may be assumed to have launched a thorough investigation to discover the holes in its security system, as well as combing through all its nuclear sites to discover whether explosives had been planted there as well.