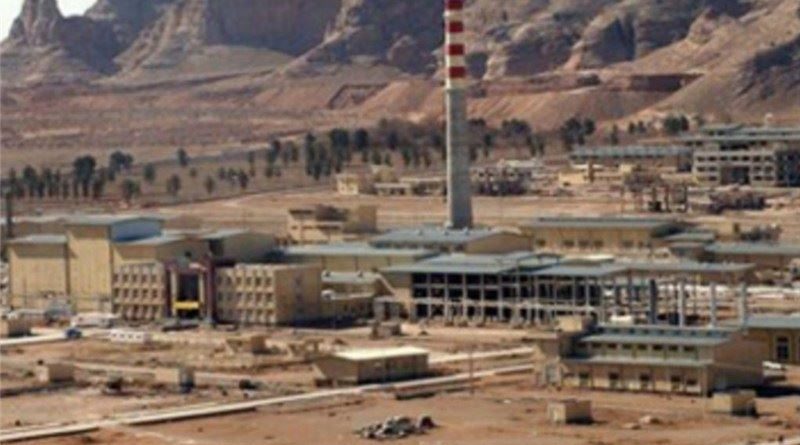 US satellites photos indicated to analysts that the “incident” at the Natanz enrichment facility on July 1 was an act of sabotage caused by a bomb. The blast was seen to damage a newly opened centrifuge production site at the northwest corner of the Natanz complex, 250km south of Tehran. In an effort to play down the occurrence, Iran officials described the target as an “industrial shed” and maintained that production at the facility was not interrupted. However, according to one Middle East observer, a bomb was likely planted inside the facility and caused substantial damage.

Six days earlier, the Iranian capital was rattled by a huge, mysterious explosion in the mountains east of Tehran near the Parchin military base and a missile factory, after a blast in the city itself.

One analyst, Fabian Hinz, described the blast at Natanz as “very, very suspicious” with the potential for significantly delaying the Iranian nuclear program’s work with centrifuges. The main enrichment facility is said to be sunk underground with more than seven meters of concrete on top as protection. It is there, under close guard after previous attacks, that spinning centrifuges produce enriched uranium for a nuclear weapon.

“Theoretically speaking, Israel, the US and others have an interest to stop this Iran nuclear clock, or at least show Iran there’s a price for going that way,” said Yoel Guzansky, a senior fellow at Israel’s Institute for National Security Studies. “If Iran won’t stop, we might see more ‘accidents’ in Iran.”

Both US President Donald Trump and Israeli PM Binyamin Netanyahu have repeatedly vowed not to let Iran attain a nuclear bomb. However, the Islamic Republic appears to be bent on its drive for a nuclear arsenal. The nuclear watchdog, the International Atomic Energy Agency in Vienna, recently reported that its inspectors were denied by Tehran access to at least two suspicious sites and voiced concerns over the work concealed.

Iran is calculated by most analysts to have this year amassed enough low enriched uranium to produce a single nuclear weapon by successive breaches of the 2015 nuclear deal with six world powers, from which President Trump took the US out in 2019. Based on the IAEA’s most recent report, Iran’s breakout time could be just 3-4 months and become shorter as its store of enriched uranium accumulates.